Is There Life After College? 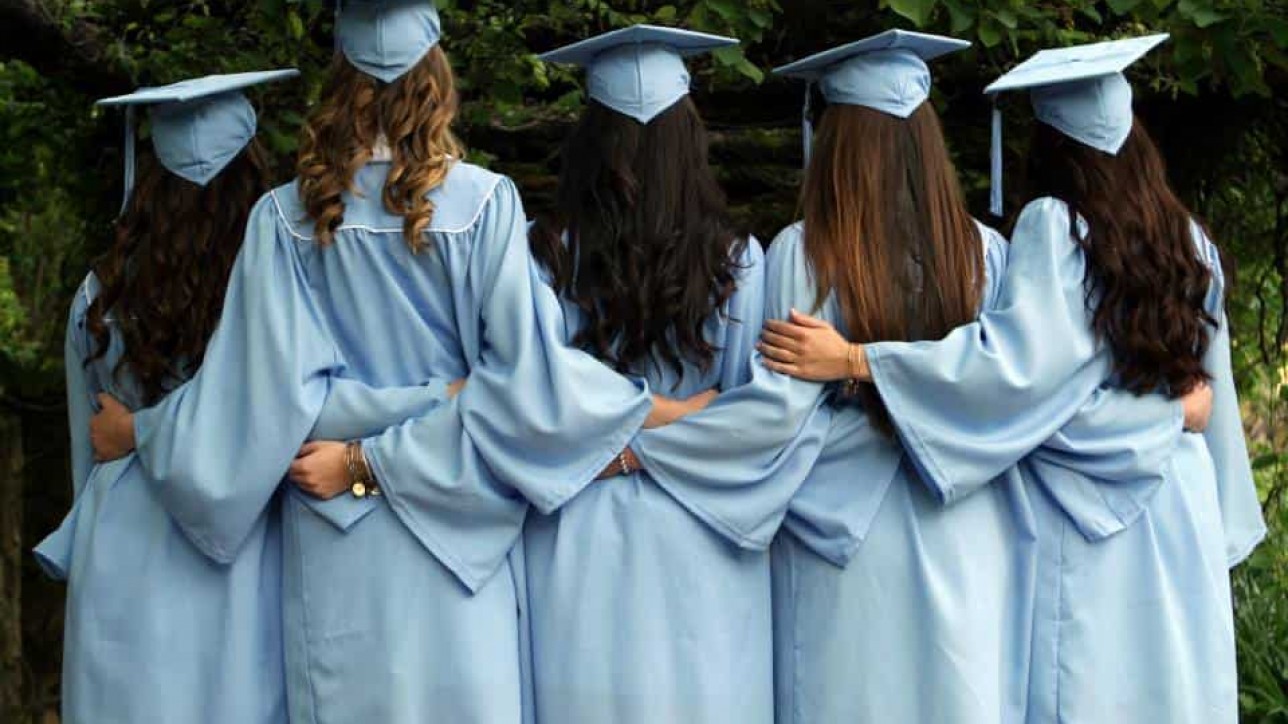 I graduated from West Virginia University in May of 1979 and I have absolutely no memory of it. The ceremony may have been held at Mountaineer Field as a grand finale before it was demolished and replaced with academic buildings. Or it could have been inside the Coliseum on the Evansdale campus. I just don’t remember.

What I do remember is sitting on the roof of our rented house with Fran, Linda and long-lost Kevin on warm spring days with the Allman Brothers blaring from two-foot high speakers perched on the windowsill.  I remember chasing down a certain football player with my friend Betsy, hoping to memorialize ourselves for when he turned pro. I remember sitting on my friend Kathy’s bed as she told me she was pregnant and being happy because I knew she’d be an incredible mom. I remember philosophical talks and heart-felt gifts exchanged with my nature-loving friend Lauren. I remember my friend Sue who always got my sense of humor and loved my rough edges even though the rest of our advertising-major buddies were beauty queens. For real. And I remember walking up the hill of Sunnyside with every one of them, 3.2% beers sloshing over the sides of our to-go cups.

But, what I remember most of all was the overwhelming fear that this was as good as it got.

When I graduated from college 35 years ago, there was not a part of me that believed that there was life after college.

I knew I would never again be immersed in an environment filled with thousands of people my own age, all of us spinning on life’s carousel, the golden ring just out of reach, taunting us with opportunity, begging us to grab hold and take the ride.

And, so I resisted. I bought a one-way ticket on a Trailways bus and went out west with my college buddy, Ann.

But, eventually, that too ran its course. I came back home and took a job as a bookkeeper, despite my line of work being words not numbers. I took the train into Philadelphia on the Chestnut Hill local every morning along with thousands of other suburban commuters, wondering if everyone hated their jobs as much as I hated mine.

When I was two years out of college, I randomly dropped a resume at TV Guide magazine on the very same week that they were forming a new training group. The job itself wasn’t any great shakes; I was responsible for the half-computerized layout of four different editions of the magazine. There was nothing creative about it and it didn’t use my degree by any stretch of the imagination, but there were lots and lots of young people and that made all the difference.

Most of my friends left TV Guide after a year, or two or maybe three. I stayed for nine long years, my claim to fame being that I never, not once, called in sick.

I finally was able to move out of my parents’ house and into Sherry Lake Apartments with my sister, Nancy. We threw great parties and in our persistent pursuit of love, tried everything from corner bars to Main Line society functions.

But it wasn’t until I stopped looking that I found my ever-loving spouse. In a blink of an eye, our group beach house days were over and I became a bride, moved to New Jersey and landed a job as a writer at CNBC. I became a mother. We bought a house. I became a mother of two. Then three. Before I knew it, we had a Labrador retriever in the backyard and a minivan in the driveway.

As thousands of Carolina blue tassels were flipped from right to left at my daughter’s graduation last week, I couldn’t help but remember what I was thinking thirty-five years ago.

I will always look back on college with fondness for my fun-filled days and rabble-rousing ways. I will always remember the energy and intensity, the anticipation and excitement and the promises we made to stay true to ourselves. We would be brave and successful and never, ever become boring old people.

I may not be boring, but I am a completely different version of the person I expected to become. I have not wowed the world with the Great American Novel nor have I made a significant mark on society. But I have had a very, very good and happy life.

And the best of it began after college.