It’s Not Covid, It’s Not Cancer… 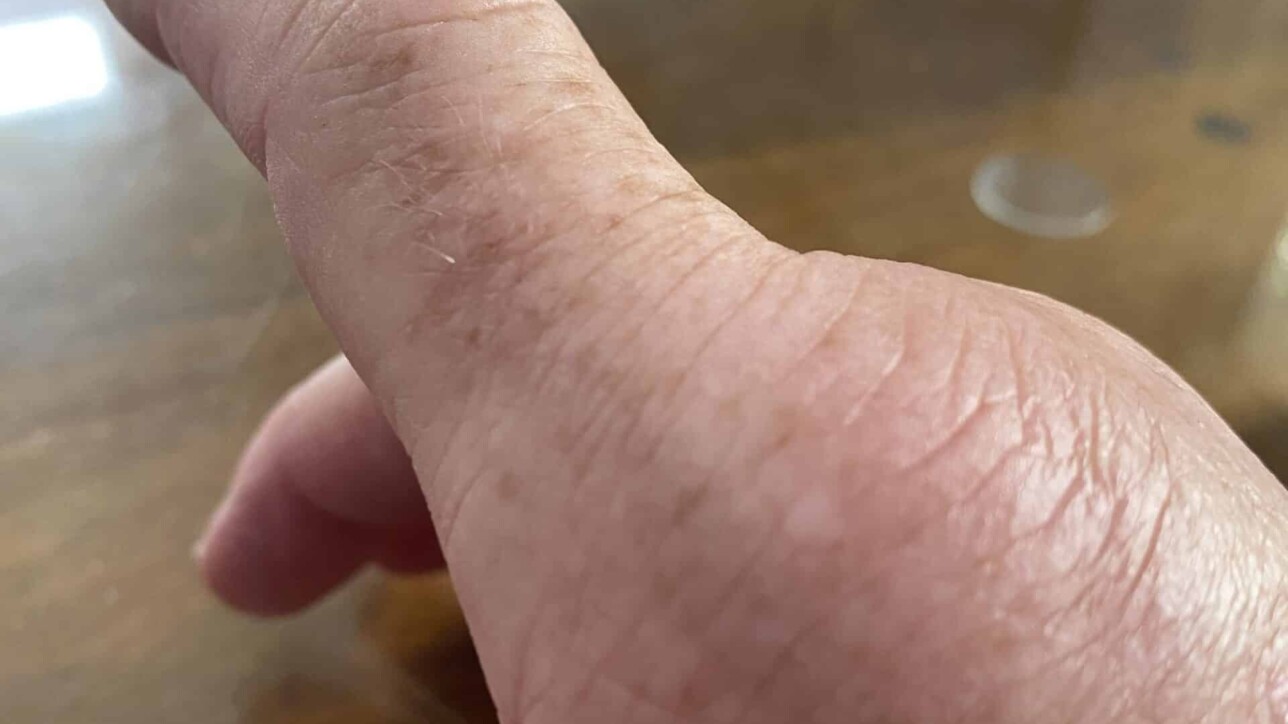 Ten years ago today, on the morning of my bosom buddy Claire’s 50th birthday, I was admitted to the hospital to have my cancer removed. Ten years ago I couldn’t imagine ten days forward, let alone ten years. Yet, here I am. Alive and well.

It never occurred to me that I would die from breast cancer, even though my college housemate, Betsy, (yes, same name – we also lived with Sue and Sue) relayed a cautionary tale when I was debating whether to get a lumpectomy, a mastectomy, or a double mastectomy. Her mother had died the previous year of breast cancer and told Betsy that she regretted not opting for the most radical treatment from the get-go, which may have prevented the recurrence which ultimately killed her.

While that conversation sealed the deal for me, I knew that part of my decision had to do with logisitics. To me, it was way easier to lop them off than to drive myself to radiation every day for six weeks, endure chemo, hair loss, vomitosis, dependency on other humans, and all those other horror story side effects. And, while I was at it, I may as well do the two-for-one special so reconstruction, while double the everything, would be more symmetrical.

Instead of focusing on the seriousness of the surgery, I instead obsessed over the minutiae. I made my friend, Janice, promise to come sweep the leaves off my back deck twice a week, if not daily. I worried about the meals Gail set up to be delivered to my house. Should I sit in the chair and moan so my friends would think I truly deserved their care rather than bounding to the door? Could I ask Claire to take me to yet another follow-up appointment, or should I just go ahead and drive, dragging drains and pillows with me into the driver’s seat? And, was it self-serving to put myself on the prayer list at church, another ploy for attention? These were the kind of things I worried about.

When all was said and done, and I woke up, flat-chested for the first time since I was ten years-old, I was informed that it was indeed a good thing I had had a double mastectomy because there were cancer cells that had not been previously detected in the “good” breast. Which made me feel a little less selfish.

Of course it wasn’t as bad as I thought it would be. The drains were disgusting, I had a lot of discomfort and frustration in not being able to do things myself, but pain, not so much. I sent my spouse back to work right away so I could embellish my stories as friends rallied around me, helping me lug laundry baskets, wash my hair, wash the dishes, clean the house, and of course, sweep the deck.

The best thing that came out of it was that I won a bet with my plastic surgeon, the Good Doctor Troy Callahan, that may well have saved me from future bariatric surgery. He, having done one or two reconstructions in his tenure, pushed back when I said I wanted to go smaller, way, way smaller with my new implants. He warned me that I would be way, way out of proportion if I went with the size I wanted.

“What if,” I said sucking in my stomach as far as I could, which was not very far at all. “I lost 100 pounds. Then they’d be in proportion.”

I won on both counts. I’m in proportion and I didn’t have to bolster big bosoms ever again. I lost 100 pounds in 14 months and have kept off 80 to 85 pounds of it (depending on the recent intake of ice cream) for the past 10 years. And while I bemoan regaining those 20 give or take pounds, what woman at my age isn’t crying the same tears.

In the decade before the breast cancer, I had a hip replacement, followed four months later by a three week stint in the hospital for pancreatitis and an emergency gall bladder removal. Three years later, I had a hysterectomy – nothing urgent there, just pre-cancer cells. But, it was a lot while in the throes of child rearing.

I made it a full nine years after the breast cancer with no surgeries and then had a double knee replacement. And while I had become quite good at managing my hospitalizations and rehabs, I put it off way longer than I should have. After recovering so well, and because there were no future surgeries looming, I went back to the Good Doctor to see about having extra weight-loss skin removed (I know, gross).

But, then Covid hit and I put that on hold.

So, here’s the It’s Not Covid part of the story. In July, three of my college friends wanted to get together for an overnight at Jeanne’s house. It was summer, we could be outside, we could be safe. When I balked, they mocked me promising they’d take their temperatures every hour on the hour and dress in full PPE. I rolled my eyes and went. Of course I went. And two bourbons in, completely forgot about Covid for the first time in four months.

I opted to sleep on the couch in the basement so I’d have my own private bathroom. When I woke up the next day with a stiff neck, morning after guilt kicked in. Was this a new Covid symptom? Was I going to bring the virus home and infect my whole family over a little bit of selfish fun?

Two days later, the neck was fine, but my jaw was killing me. Killing me. I couldn’t open my mouth all the way which made it very hard to stuff with food, yawn, or over-talk. I got a Covid test. Negative. I went to the dentist and had no signs of an abscess. I got an antibody test thinking maybe it was a Covid after effect.

Then my right hand started hurting. It had actually been bothering me for a while, but I thought it was from playing too many Words With Friends games on my phone. Now it was so bad I couldn’t make a fist. I couldn’t grip the handlebar of my bike. I couldn’t tie my shoes or hold a pen the way I was taught in kindergarten. My finger looked like a sausage, gnarled like the Wicked Witch of the West, and felt like there was hot lava flowing through it.

Oh, and then my neck kicked back in. It felt like a normal stiff neck like when you can’t look over your shoulder at the oncoming 18-wheeler as you merge onto the highway, but add excruciating pain. I couldn’t sleep on a pillow and if I rolled over at night, I had to put my hands on either side of my head to hold in the hurt as I turned. And my back, oh, how my back ached.

Went to the doctor who pooh-poohed my guilt-Covid theory, especially since I tested negative. And, tested positive. For something called rheumatoid factor.

Off to Dr. Anna Zezon I went, a rheumatologist I randomly picked by a random google search. Despite the unwelcome diagnosis she bestowed upon me, she quickly became my new favorite doctor, which in no way diminishes the love and respect I have for all my other favorite doctors.

“You’ve got psoriatic arthritis,” she announced.

Psoriatic arthritis. The chronic, incurable, autoimmune disease that closely resembles rheumatoid arthritis except for the scaly skin lesions often found on the scalp. (I know, again, gross). And here I thought I just had the everyday Head and Shoulders kind of dandruff.

I’m clearly no stranger to pain. I can live with it for years and years and years. But, the thing is, you can’t really let this go without treating it. It will continue attacking, gnawing away, until there’s permanent disabling damage to the joints.

Which brings me full circle to what I wanted to avoid ten years ago. Chemo. OK, it’s not really chemo, but it is methotrexate, which is a chemo drug. I am on a low, low dose so I may well avoid suffering those evil hair loss, mouth sores, nausea side effects. But, just in case, I take a daily dollar-a-day pill to help keep that all at bay.

I have to shoot up once a week. For the rest of my life.

I got a few free samples of an auto-injector, which is basically an encapsulated needle. You pull off a lid, push down on the end and you hardly know it’s happened. Especially if you have an extra two inches in your stomach to sink it into. But, alas, insurance didn’t cover it, so the out-of-pocket cost was a mere $133.08 a shot. For that price, I had no problem honing the fine art of shooting up with a vial and needle. The apparatus for which was mostly covered, costing me a total of $2.10 for three injections

Miraculously, I received a letter from the “specialty pharmacy” informing me that my insurance decided to cover the auto-injector after all…for a $100 a month co-pay. By this time I was enjoying the progress I was making doing it the old-fashioned way so I told them I wasn’t interested in forking out even that much money. But wait! Just call this toll-free number (and subsequently sit on hold for 33 minutes), and we’ll waive the co-pay. Which I did. And they did. I’m now back to the auto-injector, but I assume it will be like a cable company deal. Once they’ve hooked you and the year is up, the cost will be back to $133.08 a piece, or most probably, even more.

So, here I am, ten years cancer free, shooting up a chemo drug. The pain isn’t completely gone, and I don’t know if it ever will be, but I’ve learned to hold a pen between my first and middle fingers, work my bicycle brakes with half a hand, and have gotten really good at using back up cameras and rear-view mirrors.

In no way do I mean to make light of anyone else’s cancers, or conditions, surgeries or sufferings. I just find for me, if I can laugh my way through the absurdity of it all, if I focus on the minutiae rather than the gravity of the situation, that getting through to the other side is way more bearable.

So, until cancer or Covid gets me for good, I’m going to keep airing my dirty laundry, and thanking my lucky stars that for some unbeknownst-to-me reason, I just keep drawing the long end of the stick.