Kids… they’ll drive you to drink! 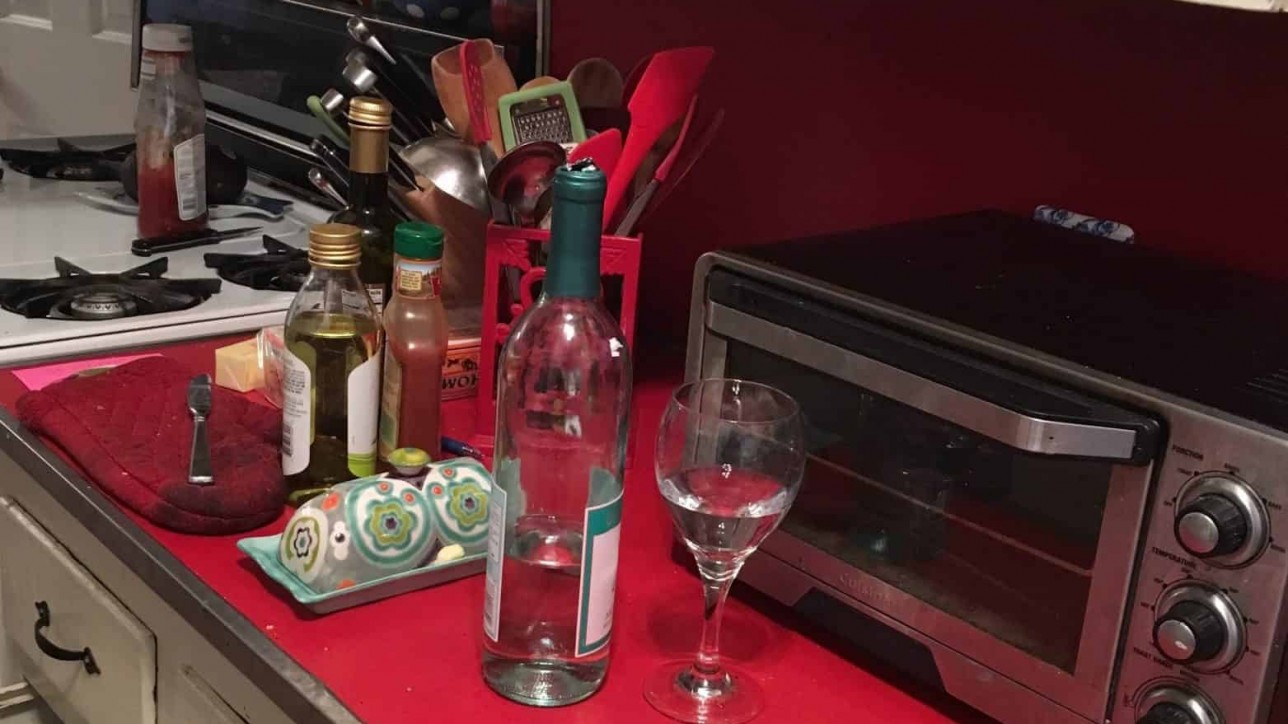 Of all the many sacrifices I’ve made for my children, (stop rolling your eyes, you three) perhaps the most pointless was raising them alcohol-free. Me, not them.

I was a party girl in my youth, a clear-cut fact to which many who know me can clearly attest. I drank my fair share of bourbon and beer (and vodka and tequila and wine and grain alcohol punch…)  But I drank for fun and fun only. I didn’t drink when I was sad or lonely or afraid or unhappy. I didn’t drink during the day (unless of course it was on the beach in Brigantine or at the Fall Ball in Shippensburg) or ever when I was alone. I drank with friends – at parties, in bars, at concerts. But never, ever alone.  To me, alcohol was an enhancer. A booster. A bonus.

The day my oldest child was born, I decided I wasn’t going to drink anymore. Actually, I quit drinking as soon as I knew the seed had taken, but that was a mandate, not a choice. No good mother of my generation drank while gestating. (Unlike the good mothers of the previous generation whose nightly gin and tonics were didn’t seem to do any of us any harm.)

The reasoning (if you could call it that), behind my self-imposed prohibition was that with a tongue as sharp as mine, my children were surely going to suffer enough embarrassment through the years. If I added alcohol to the mix, the things that would come spewing out of my mouth and into their psyche would certainly damage them beyond repair.

When I turned 40, I left my family and went to an all-inclusive resort with twelve girlfriends. While they gulped their Bahama Mamas, I stayed true to my own Mama rule and sipped diet cokes. But six years later when we planned a melee in Mexico, I thought long and hard about my rule. As I tend to do, I talked to everyone and their uncle asking if they thought I should start drinking again. I went through my whole history, assuring new friends who had never known me as a drinker, that I did not have a problem. At least not an alcohol problem. And the overwhelming response was along the lines of, “Forget your stupid rule and start drinking again!”

For the rest of the child-rearing years I imbibed only when the kids were not around. I didn’t drink often. I never drank at home. I never drank during the day or alone or for any other reason but to have fun.

And then they got old. And so did I.

Yesterday, the third child returned home for Christmas vacation. They came in shifts this year, but still with a frightening force. My quiet and  peaceful home has turned into a war zone. There are shoes and jackets and backpacks and suitcases and unwrapped Christmas presents and dirty dishes and hair in the sink and puppy dog eyes begging for bagels. And maybe just a twenty for gas. I’ll pay you back. I’ll venmo you.

I promised myself I’d be ready for the onslaught of the offspring. All the gifts would be purchased and placed under the tree. The refrigerator would be stocked with all their favorite foods. The dog would be bathed to circumvent choruses of, “Get off! You smell!” and the house would be clean, oh so clean so it wouldn’t look so messy when they descended upon it. I wouldn’t flip out about anything. For any reason. Because there should be nothing but happiness surrounding the holiday season.

Of course none of that happened. I had freelance work to do, gifts to buy, a tree to decorate, spinach lasagna to make, a trip to Philadelphia to take and a father-in-law with a broken hip.

As I sat at my desk pecking out some fairly mundane headlines for a brochure, I heard the back door slam. And then again. And again. And then the dog barked and the front doorbell rang and the spouse came home and then the spouse left to go Christmas shopping and then bags rustled and bottles clanked and the basement filled with the scents and sounds of friends home from college.

The daughter emerged with a bottle of wine, a full glass, an empty one and a raised eyebrow.

Any mother out there can tell you that any child that says “Relax, Mom,” when Mom is stressed to the max, is looking for a punch in the face. Even if it is Christmas season.

But of course, I didn’t punch her in the face. Instead I ranted and raved and reiterated Every.Single.Thing I had to do before Christmas, the holiday I profess to hate like no other.

To which the daughter replied, “Have you ever thought of getting yourself a prescription for Xanax?”

I spun my desk chair around in fury and barreled into the kitchen where I could hear the escalating joy in the basement. I grabbed two Chocolate Calling Santa Clauses, one meringue cookie and a chocolate chip brownie and shoved them all down my throat at once. I looked over my shoulder to see the daughter dangling the wine glass.

But I did care enough to consider what their childhood would have been like had I not waited until they were grown to have my first “take the edge off” drink. No wonder so many of my friends have a glass of wine every night before dinner. No wonder they look at me strangely when I confess to my nonsensical flip-outs and rages. No wonder they don’t feel their insides shaking when their kids re-descend upon them.

Thanks be to wine.

And a side of Xanax.