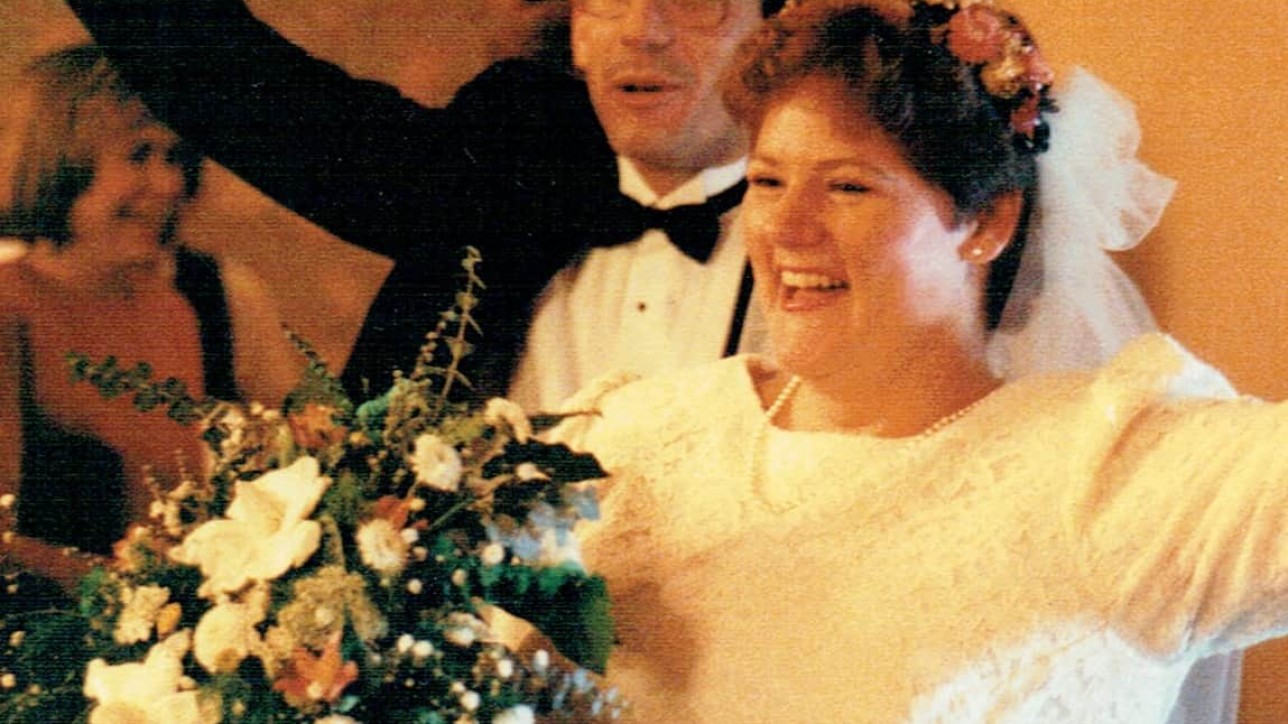 Twenty-five years ago today I woke up on my sister Nancy’s living room floor. Oddly enough, that was where I chose to spend the night before my wedding. When I opened my eyes, I felt an overwhelming sense of calm, knowing that happily ever after was about to begin.

After all, my spouse-to-be and I we had so much in common. We both loved movies, books, bicycling and sports. We came from virtually the same background, though we Episcopalians did tend to look down on the Presbyterians. We both wanted multiple children and had names chosen on our first date. (Unfortunately, Eric was never born because the Philadelphian in me would call him Uric whereas my spouse would call him Airic, causing irreparable confusion for the poor kid. We stuck with Leo instead.) We loved road trips, vacations, eating out, music shows and spending money we didn’t have. I pretended to like the beach and his Poplar Street apartment. But beyond that, our common interests were genuine.

We still like to do the same things. But, time and children have a way of changing the way we do them.

For instance, the movies. Once we had kids we realized we could save a ton of money on babysitters by going to movies alone. I would go in the afternoon, he’d go at night and we’d talk about it the next morning. I’ve spent so many years alone at the movies that I can’t imagine returning to Fifth Row, Right any more than he would take to Top Row, Middle, moving every time a human came within two seats of me.

Fine Dining
I remember for our second anniversary we decided to do something special and cook at home. We went out to eat so often it was getting old. We don’t go to restaurants a whole lot anymore, but I do make sure my spouse is well fed. We have both been on a healthy-eating kick for a couple of years. Obviously I do my fair share of straying, but I do commit to a salad every day for lunch. My spouse has his shrubbery for dinner.

He loves the Farmers Markets. The cheaper the vegetable, the better. And so, he buys zucchini and broccoli and tomatoes and carrots and peppers and mushrooms in bulk. He buys lettuce and spinach that has to be not only rinsed, but painstakingly cleaned, to remove the dirt in which it was grown. Being a dutiful wife, I prepare his salad each and every night with the eight-hours-till-rotten produce he procures. As for me, well I go around the corner to the overpriced Julio’s where they will hand-pick a perfectly ripe cantaloupe for you. My salad fixings are pre-cleaned, pre-cut and my plastic containers of Spring Mix greens are triple washed before I even get them home.

Sleeping Together
Back in the day, I could sleep anywhere – and did. I slept in cars and closets, on kitchen floors and beer-soaked sofas. As long as I was the last at the party, I’d take any spot still open. Today, I can’t sleep anywhere without an open window and a fan blowing on my face. I can’t sleep if I hear anyone (including my spouse) breathing (hence the loud fan), and need a wide array of perfect pillows. My spouse can fall asleep in the middle of a party, the middle of the bed, the middle of a sentence.

He keeps an outdoor thermometer in the drawer of his bedside table. I pull it out in the summer to validate my claims that I am actually sleeping in a 92-degree un-airconditioned bedroom. In the winter, he’s the one checking the mercury noting the frequent dips below 60.

Yet neither one of us has taken over one of the empty bedrooms. Yet.

Automobile Angst
My father raised my sisters and me to always replace our cars after 50,000 miles. Buying a used car meant we were buying someone else’s problems (no exceptions). Conversely, my spouse was trained to never buy a new car, continuously reciting the old depreciation-the-minute-you-drive-it-off-the-lot argument. In the early years of our marriage I used the children’s safety to sway my spouse to my side. I got my new car but am still driving it, 143,000 miles later. I dream of a brand new Lexus  SUV. Or even a Toyota RAV-4. Anything really, as long as it’s new. But, alas, the safety argument isn’t as strong as it was with the children. Saying I’m too old to risk breaking down on the side of the road will be met with a rational response akin to: “You just completed an 80-mile bike ride this fall. You’re hardly infirm.”

And the kids, well, we just bought them a brand-new used Acura sedan. It’s got 180,000 miles on it. But I’m not driving it. I’ll keep driving my mini-van until it dies. For me, it’s new or nothing. After all, an authoritative father’s voice inside your head is harder to silence that your spouse’s.

Saving the World
I have long ago stopped complaining about the overflowing compost bin on the kitchen counter. Instead, I added an environmentally unfriendly Ziploc plastic bag to its interior and when it is full, out it goes to the back deck. If it sits there for more than two days, it gets relegated to the trash. I tried to embrace the composing, I really did. And once I even took the scraps out to the far recesses of our backyard. I lifted the lid of the big, black compost bin and quickly learned that the half-a-dozen fruit flies in my kitchen were nothing, absolutely nothing compared to the thousands now swarming in my face. I shuddered but completed my mission, not recoiling until a groundhog trotted right across my left foot. I tried. I really did.

Watching TV
While we are both self-professed television haters, the truth is, we actually do watch a lot of TV now that the kids are gone. My spouse watches back episodes of House of Cards, lots of sports and movies. I go for Nashville and Scandal and the reality music programs that he calls my Screamer Shows. We have a 40-inch TV in the basement where we can watch from La-Z-Boy recliners. Yet we both silently fight for the “good” seat in the living room – the chair that I have to pile with pillows to save my back, the chair that is two feet away from the 19-inch TV screen. On the rare occasion when we watch the same show – say, the World Series, a UNC basketball game or the Breaking Bad finale, I take to the corner of the red couch that should have been replaced five years ago, he sits in the good chair and we angle the TV so neither of us has a decent view. It’s an odd existence, our television watching habits.

Leisure Time
This summer I went on a cruise with my friend, Penny (aka Patty). There’s nothing I like better than living in the lap of luxury, pretending to be way richer than I’ll ever be. My spouse, on the other hand, chose to vacation in Guatemala doing manual labor — building a bottle school as part of a mission trip. He also rode his bicycle across Iowa, sleeping in a two-man tent for a week straight. To each his own.

On the eve of my 25th wedding anniversary, at the tender age of 22, my daughter declared that she was certain she’d never find true love.

“I mean, how do you even know?” she asked. “How do you know who is worth pursuing and who isn’t?”

I’m no expert, having been in love exactly once in my life. But that once has lasted a good long time. And so, I tell her what my mother had always told me. When you find the right person, you will know. There’s no secret and so set credentials that will give you a clue. You just have to follow your heart.

My spouse and I may not have a walk-down-the-street-holding-hands kind of marriage. We are both independent and head-strong and set in our ways. But we always, always love, support, encourage, applaud and yes, put up with each other. 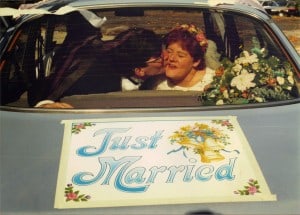