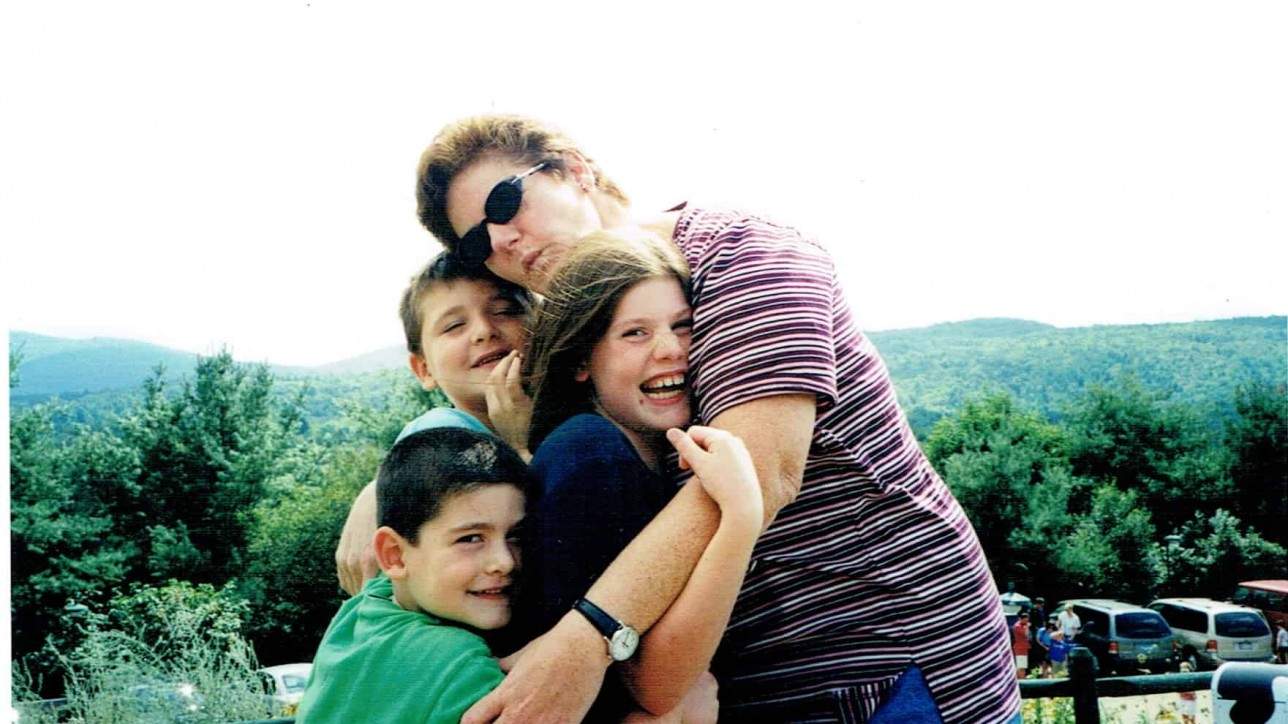 In the midst of the worst terror attack in our nation’s history, I left my kids to fend for themselves. As I watched the twin towers come down with a bunch of strangers in a service station, my three kids waited at school wondering when I would show up with the other panicked parents. I thought about it, I really did, but I was afraid to overreact and be labeled one of “those” parents. As it turned out, that’s exactly what I was.

When I met the school bus that afternoon, my wide-eyed kids asked why “everyone” except them got to leave school early. I responded with an endless loop of junk food and Disney videos in the basement while I stayed glued to CNN, trying to make sense of the day’s events and my poor parenting skills.

In subsequent years my friends mocked me mercilessly, wondering how a PTA president and pillar of the community – who worked from home, no less – could have left her children on that fateful day. I simply shrug my shoulders and thank my lucky stars that they don’t suffer from abandonment issues.

Sadly, that was far from the last time that I made a questionable mothering move. Some have had positive lasting effects. Some negative. And some remain to be seen.

Mothers have a lot of power. And I always knew that I could change the course of my kids’ lives with my motherly advice. And did. I took Molly, kicking and screaming to visit the University of North Carolina when she knew beyond a shadow of a Blue Devil that she was going to Duke.

I urged Max to live out his football dream and go to Rowan University where he knew he could play. I also told him that nothing is forever and that if it didn’t work out, he could transfer.

“You mean I could transfer to USC or UCLA?” he asked.

“If you can get in, you can go,” I said, confidently believing he’d never make the grade. But he did. And we’ll be paying for the University of Southern California for the rest of our lives.

Perhaps the biggest game-changer of all was not making Leo visit a single college. He went to Rutgers University to play baseball and found that he didn’t want to spend the next four years of his life as a Division 1 athlete. Instead, I watch from the sidelines as his persona, long suppressed by a baseball glove, explodes before our very eyes.

I joined the PTA, I ran the Little League. I fed the football players and I made Handy Dandy Trip Packs for the baseball team.  I went apple picking a hundred and thirteen times.  I was a Reading Buddy and Picture Day Lady. I ran the Book Fair and Field Day. I rode a bus with a bunch of cheerleaders to Myrtle Beach and drove everywhere from Rhode Island to North Carolina for baseball, basketball and football combines. I sat in the rain, in the snow, on metal bleachers in freezing cold and unbearable heat. But I never gave them flowers or candy grams or purchased lawn signs or full-paged ads in year books.

I dragged three kids to the grocery store every single week until they were old enough to stay home alone. I also took them to every museum and zoo and library and playground in a 50-mile radius. Not with the intent of enriching their souls, but to kill an afternoon.

I made my oldest child come home at 10:30 at night all through high school because I went to bed early. I changed my sleep schedule for the middle one and never bothered waiting up for the youngest.

I have replaced multiple broken, lost and mistreated phones, living with an outdated model myself so one of them could have the upgrade.

I paid exorbitant fines for one child, sat in court with another and am still waiting for the day I post pail for the third.

Having an aversion to blood and gore, I counted on my friend Claire when Max needed stitches. But, I bet I sat through 100 physical therapy sessions with Leo in the years that he was rehabbing his torn labrum.

I short-order cooked. I made chicken and spaghetti and burgers and fries all in one night. I didn’t make my kids eat vegetables. I let them eat ice cream whenever they wanted. I had about four family dinners a year, and that was only when I’d start feeling guilty after spending time with my friend Jean who cooks every single night.

I made Molly get confirmed as a Presbyterian. I entered Max and Leo into the Tony Hargraves School of Religion that says, “If God wanted them to go to church, he wouldn’t have made them athletes.”

I look on my credit card bill and see gym memberships, iTunes, X-box, Spotify and Netflix subscriptions. My cable bill gets higher every month. They order beauty products and school books from my Amazon account . And yet, I don’t change my password. Instead, I’ve been known to slip a dollar or two into their Venmo accounts, remembering how nice it was to get that five dollar bill once a semester from my father when I was in college.

Caring neither for Catholicism or the cost it incurred, I still let Molly go to Paramus Catholic, so she could be an award-winning cheerleader. I didn’t say, “I told you so,” when she begged to go back to Teaneck High School after one semester. And, I let Max go to the Bergen Catholic open house, knowing I would never, ever make that mistake again. Leo never asked.

I bought a push mower under the guise of wanting more exercise, but the truth was, I wanted to protect my teenage boys from the wrath of their father when another day passed and they hadn’t cut the lawn. I allowed my daughter to watch the Kardashians from the couch on snowy days because “girls don’t shovel.”

I welcomed their friends into our home, even the ones I shouldn’t have. I ignored a beloved girlfriend sneaking out the back door at dawn and half-empty liquor bottles stashed in the bushes on prom night. I knowingly watched Molly get in a car with a boy who was as high as a kite but cute as a button. I let Max take the car to Wildwood for senior week, which went against every fiber of my being. But no one else was allowed to drive.

When Molly announced she wanted to go to Thailand this summer to “find herself,” I said, “It’s about time,” and bought her a plane ticket for Christmas.

I picked my kids up at the bus stop every single day and stayed at my friend Claire’s house until dinner time. We organized a homework club, letting any wayward kid into the house, knowing it had very little to do with the kids and everything to do with my need to socialize.

I compared myself to every other mother in the universe and came up short every time.

I did the right things for the wrong reasons and the wrong things just because they were easier.

I didn’t always agree with their decisions, let alone mine. I turned a blind eye when I shouldn’t have, listened without hearing and taught them not to worry about money. Mom will always bail you out.

But it took my own mother to put it into perspective for me. She’s about as perfect a person as one can be. Yet, even she thinks she made her share of mistakes along the way. “As mothers, we do what we think is best for our children at the time,” she said. “We all just do the best we can.”

My three kids know they don’t have a perfect mother. They know my shortcomings, they know my weaknesses. But, most importantly they know that I will always, always have their backs. That is, as long they keep my name out of their next heart-felt tattoo. 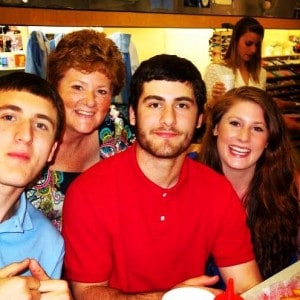