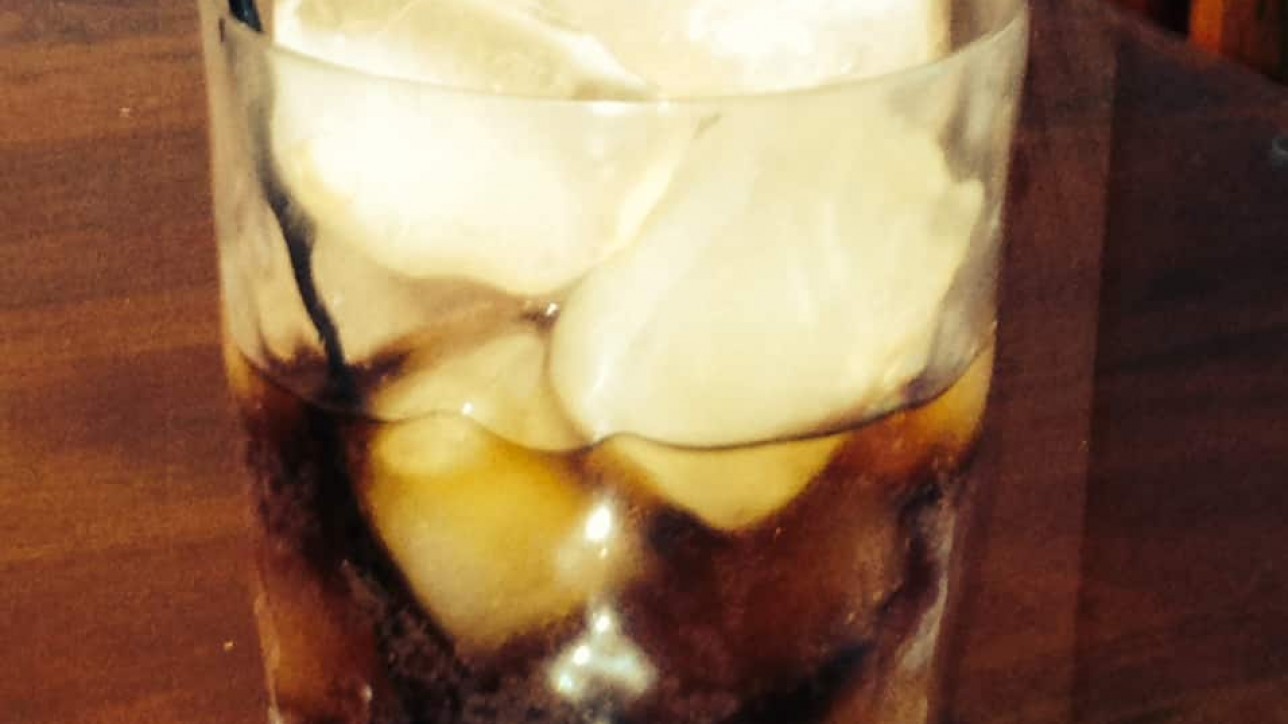 I am way too self-righteous to have as many vices as I do. But I get around it by acknowledging and lambasting my faults before anyone else can do it for me.

For instance, I talk ad nauseum about my lack of self-discipline when it comes to chocolate and other high-caloric treats. It doesn’t matter that four years ago I lost 100 pounds. What matters is that I ever had that much to lose in the first place. And so I spend my life beating myself up as I yo-yo with my weight, placing way too much worth on middle-aged love handles and how much they weigh on a scale. I have neither gained nor lost friends based on my fluctuating figure and I could bet an entire pound bag of m&m’s that my ever-loving spouse has no idea if I am larger or smaller than the day we wed.

However, there is one universal vice that I have never entertained.

I self-righteously denounce its presence in my life. I declare with pride that my spouse and I maintain a coffee-free household. I delight in the fact that I don’t have to waste valuable counter space on machinery nor wake up to the rancid stench of percolating coffee grounds. Overnight guests are warned that Mr. Coffee has been banished to the basement and that their morning Joe will be brewed from a can of Maxwell House that has been stored in our freezer for half-a-dozen years. And so, our guests routinely opt for a morning jaunt to the neighborhood bagel store rather than risking it on what we have to offer.

I have never had a cup of coffee in my life.

And I never plan to.

Coincidentally, I married a man who starts the day the same way I do. With a nice, cold, caffeinated diet soda.

My soda comes with as many rules as the rest of my life. I drink out of a specific glass. With a straw. With as many ice cubes as I can cram into the cup. I don’t partake until I have completed my morning exercise. But when I do, I sit down and relish every single sip of that 100 percent un-natural, caramelized, carbonated and undoubtedly carcinogenic vice of mine along with a dry English muffin and the New York Post. And then I have another. And another. I drink my diet soda all morning long, not cutting myself off until shortly after lunchtime.

Multiple two-liter bottles line the wall in my kitchen. My insides shake when the supply gets low, a bottle goes flat or Max doesn’t replace what he drinks. He’s the only one of my children who has picked up my nasty habit.

My sister Emily hates that I drink so much diet soda. She thinks it’s going to kill me. My father said it was surely the impetus for my hospitalization with pancreatitis and just may be the root of all evil.  Both my bladder and my brain are a slave to my soda.

And yet, I continued to imbibe.

Until I gave it up.

I didn’t do it on purpose. It just kind of happened.

It was when I was away with my friend Jean the first week in February. We were meeting our friends in the Sunset Lounge at 9 am to disembark the cruise ship and explore St. Maarten. I planned to procure my morning soda at the bar, but alas, it was closed. It meant I would have to run to the other end of the ship to get it, and I would have, but Jean was already annoyed that one unnamed cousin was keeping us waiting. And so, I thought I would just wait till we got off the ship and I found a corner soda shop.

Well, the cousin never showed up, and neither did the soda shop. The first drink I had that day was a Dark and Stormy and I didn’t feel any worse for wear. So, I went another day without soda. And another. And another.

And soon, a month had passed. I was soda-free.

About two weeks after we got home from the cruise, I got a headache. Because I  have virtually never had a headache and my biggest life’s fear is suffering a stroke, I went to the doctor when it didn’t subside after a week.

I had absolutely no other symptoms, but to be safe the doctor sent me for a CT scan. I was almost laughed out of the Emergency Room when I admitted my pain level was a 1 on a scale of 1 to 10.

“But, I’ve never had a headache in my life!” I whined.

And so they suggested a neurologist.

It was another two weeks before I could get an appointment, and during that time my headaches got worse. I would wake up in the morning feeling completely fine. I’d go off to the gym and get about an hour of writing in and then it would hit. If I took to my bed for a half-hour it would go away long enough for me to work for another hour or two. But then it would come back.

I was convinced it was the beginning of the end.

The short, dark and handsome neurologist asked me all kinds of probing questions. None of my answers pointed toward anything serious. But, I insisted, it’s just not normal for me.

“You don’t think,” I wondered aloud. “It could have anything to do with giving up caffeine, do you?”

Had he not been board certified I suspect he would have burst out laughing and answered, “Uh…DUH!”

Instead, he graciously guaranteed me that my headaches were connected to caffeine withdrawal.

“But, I’ve been soda-free for five weeks!” I claimed. “And the headaches didn’t start till about two weeks after I stopped. It just doesn’t make sense.”

And so, I went home from that appointment and poured myself a nice stiff drink.

Now, had I known for sure that my headaches would have gone away without re-caffeinating, I just may have stuck to my guns. But instead, I gave up giving up my savored soda, chalking it up to one of life’s guilty little pleasures that’s easier to live with than to live without.