My Kind of Madness 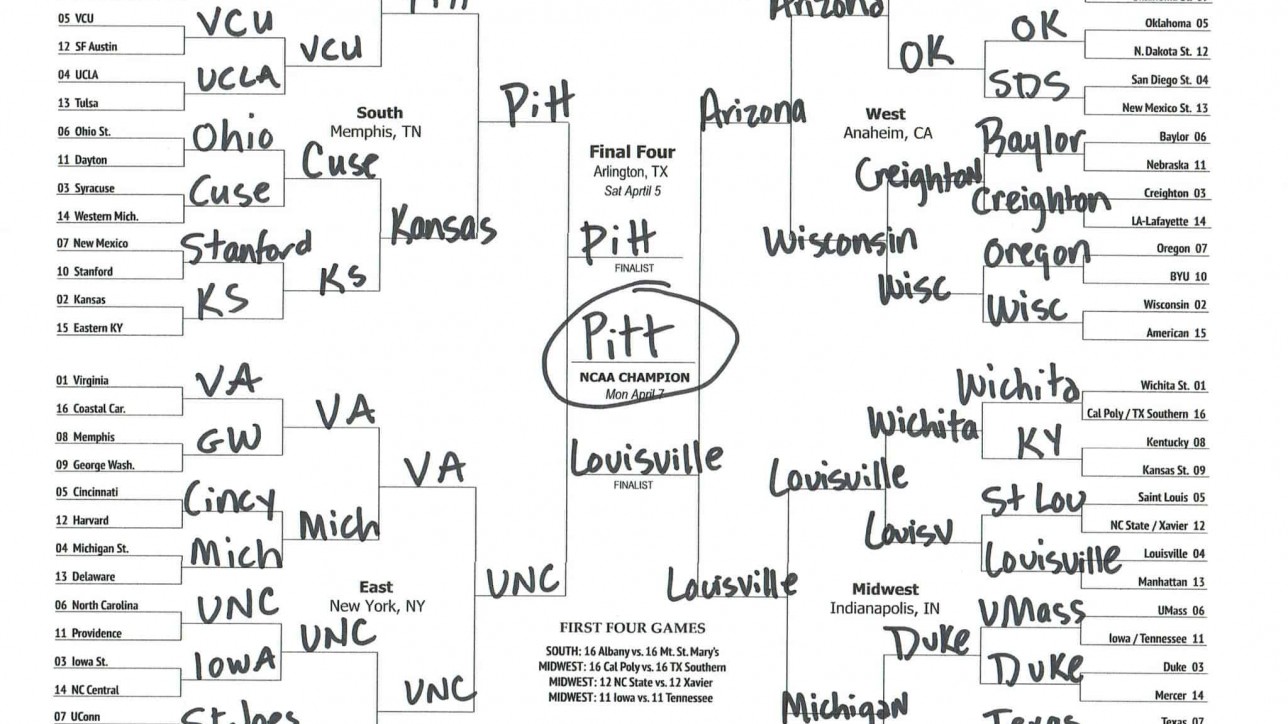 When I finally found the man I wanted to marry, I went on an all-out campaign to make it happen. I didn’t go so far as to change who I was, but rather, marketed the upside of my persona. By the time we got engaged, my future spouse was convinced he was getting a bride who was as accommodating as she was congenial. Our union promised years of marital bliss, whether we lived in urban squalor or suburban sprawl. I would cook and clean and raise our children with the same kindness and care his mother had shown. I’d hold a high-paying corporate job, commuting quietly and transitioning smoothly. I’d spend weekends hiking the Shawangunks and listening to obscure bands in crowded barrooms. I’d vacation in third-world conditions and pack turkey sandwiches to eat for lunch, and dinner, on our many day trips to the beach. With kids in diapers.

But of all the crimes of deception I committed during our lengthy courtship, I’d have to say, feigning a love for basketball was probably the least harmful.

Every year my spouse-to-be set me up in the NCAA college basketball tournament pool and I’d fill in the winners based on whether I had ever been to the school, if I knew anyone who had ever gone to the school, if the school was in a bordering or a fun state, or if I liked the color of the team’s uniforms.

I rarely lasted past the first round games of March Madness, a tournament that goes on as long as the Olympics. I’d simply lose interest in basketball as soon as my bracket was busted.  But, in my never-ending efforts to impress my date, I’d always watch the championship game and rave about the shooting guard’s impressive three’s, or the amazing defense, simply repeating what I had heard from the announcers.

It didn’t take long him to catch on and start shutting me down every time I enthused over the tournament. He’d defy me to name even one point guard on a team in the Final Four and I would quickly scan the newspaper until I could. But, boy did I love filling out those brackets.

I love sports. I really do. But I did have a secret aversion to basketball that I suspect stemmed from high school when I was cut from the team and relegated to a year keeping score and filling water bottles.

But, like so often happens in parenting, you end up getting sucked in to whatever your kids do. And once my boys started playing basketball in town leagues and then on travel teams, I started paying attention to the game. Before long, I learned that and one was more than a clothing line, and that 20 seconds can last 20 minutes. I learned about boxing out, flagrant fouls, rim shots and jump shots. I knew what traveling, three-second violations and goaltending meant.

I also knew what jamming a finger the night before opening day of baseball season meant to a starting pitcher.

The best basketball days of all were when Max got to high school and played with his best buddies, Chris Jones, Siddiq Patterson, Jamal Williams and Kris Hargraves. Teaneck always has a strong basketball program and so it was fun to watch them win game after game and get into their final fours, sometimes winning it all. It broke my heart when Jamal gave up basketball for track and Max gave it up for baseball.  Kris transferred to another school but Siddiq and Chris Jones kept playing. And I kept watching.

And filling out my brackets.

I began to choose teams based on their records rather than senseless sentiments. I knew who the top contenders were, who was likely to choke and which 11-seed had a chance of upsetting a 6-seed. One year, I even won the pool.

Kris Hargraves and Chris Jones both play college basketball now. Kris went to Dominican College and since it’s close by, I got to watch him play several times this year. Chris is at the University of Pittsburgh. I’ve watched every televised game and in February braved a snow storm to see him play at the Dean Dome at the University of North Carolina.

They may not be the Jalen Roses and Tyler Hansbroughs. They may never be the Kemba Walkers or Kyrie Irvings. But, they’re real people who have played in my backyard. And you never know. Their reigns are still rising.

I thought I had evolved beyond emotional basketball betting until I started filling out my March Madness pool last night. When I saw how it all broke down, I realized it’s going to be a tough year for me. My soul simply won’t let me bet against Marcus Paige and North Carolina, not in my daughter’s senior year.  My head tells me that Pitt may not pull off the Florida upset, but what about Max’s best friend?

In the end, the heart wins. And for that reason alone, I’m taking the gamble and giving it all to Pitt.

…But then I’ll do another pool and crown UNC the champs. And another. After all, Louisville’s going to fight pretty hard to prove they deserved more than that four-seed. And then maybe just one more. Cause there’s something about those undefeated Wichita State boys that weakens my resolve.

Over the next two weeks as I pull out my brackets, crossing out my mistakes with a big red Sharpie, my spouse will simply shake his head, wondering just when it was that I went mad.