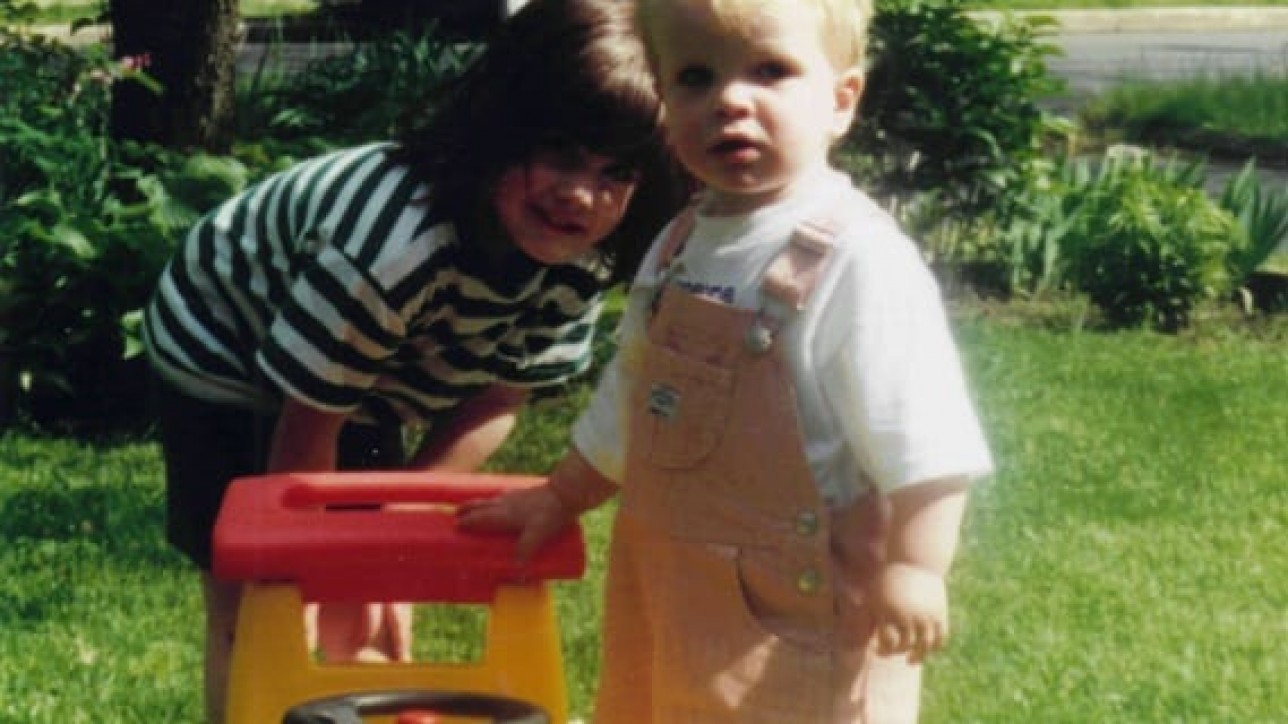 “You ready for this, girlfriend?” I asked Mary Jo as she stood in the back of the cavernous church, graciously greeting and hugging hundreds of guests.

Tom and Mary Jo’s nineteen year-old son had lost his two-year battle with melanoma and we were there to celebrate his short life.

Tom somehow drew the strength to deliver a eulogy that so completely captured the essence of his only son, Patrick, that I found it almost hard to cry. But it was harder not to. At a luncheon afterwards, Mary Jo spoke eloquently about their mother-son relationship and the incredible bond that strengthened the closer they got to the end. Gracie, Patrick’s younger sister and biggest fan tugged at our emotions as she told us how much she would miss him. And Jenny, Patrick’s girlfriend spoke with heartbreaking poise and passion. But somehow, we got through it, thanks to their humor, dignity and honesty which they they all attributed to Patrick.

Mary Jo, Tom and my spouse were all reporters at The Record when we were young and newly married. I often steal my spouse’s friends and Mary Jo was one of them. After we started reproducing we both worked part-time and felt the same inherent need for parenting by socialization.

And so, she and Patrick would come to Teaneck on many a Friday to hang out with me and my brood. Mary Jo knew I was a politically incorrect, no-pretenses kind of mother. She could feed her kid processed foods in front of me and I’d be the first to pour Cocoa Puffs for dessert. Patrick could play with weapons at my house and hang upside down from the couch if he wanted to. We lived directly across the street from a park so we mothers could sit on the benches and chat and our kids could play. Or terrorize, as the case may be.

Hence, the real reason Mary Jo came to my house. She was afraid no one else would put up with Patrick’s antics. He was a terror to the nth degree.

Patrick would terrorize his mother. He would terrorize random kids on the playground. He hit, he bit, he threw – objects and tantrums. The children of Teaneck would see him coming and take cover under the sliding board.

Personally, I loved Patrick’s spirit. After all, what’s better than a kid who knows his own mind? Besides, he made my kids look like angels.

What annoyed me, though was how his mother reacted to his mischief-making. She was not one of those wishy-washy women, like me, who was always giving her kid one more chance. As hard as it was for her, she didn’t threaten. She followed through.

And she’d stomp off, steam coming out of her ears. She’d strap her little terror into the car and off they’d go, him kicking the back of the driver’s seat all the way home to Montclair.

And there I was, left alone with my kids and no girlfriend to hang out with.

When Gracie came along, we all cringed, wondering if it would be terror times two. But Gracie was as sweet and serene as Patrick was not and somehow brought the tenderness out in him. I’ll forever have a vision in my mind of his bright blond head bending over to plant a kiss on her angelic baby face.

Well, our kids got older and started school and sports and our schedules didn’t allow for Fridays in the park anymore. Over the next ten years, I don’t think I saw Patrick more than a handful of times.

I saw the grown version of Patrick for the first time last year when I came to his house to take Mary Jo to chemo. Yes, Mary Jo. In a double-whammy, Mary Jo was diagnosed with breast cancer, smack in the middle of Patrick’s melanoma. 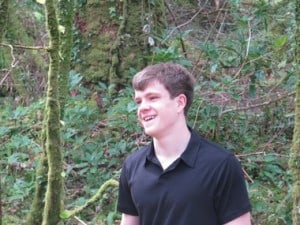 Patrick gave me a huge hug and we had a lengthy discussion about Breaking Bad and the wonders of Walter White’s twisted mind. I looked at Patrick as a young adult and saw that this little terror had turned out just fine.  He was personable and polite, articulate and amusing. But then again, he always had been.

I had lunch with Mary Jo about two weeks before Patrick died. We met at our old standby, appropriately named The Chit Chat Diner. She asked about Molly’s graduation, I raved about Gracie’s impressive SAT scores and we groused about our spouses. We laughed. Just like always.

But, inevitably, we knew we had to talk about Patrick. I marveled at the way she was able to carry on and she basically shrugged her shoulders.

“What choice do I have?”

We talked about motoring through the motions and she assured me that I would do the same. It’s just what mothers do, she said.

But why? Why do you have to be so stoic? Why don’t you crawl into bed and pull the covers up over your head? I wondered. Mary Jo simply said this was all she knew how to do. It was what her mother, who  had died of cancer way too young herself, had taught her. Her family deserved the best of her, even in the worst of times. If the rock rolled away, so would the rest of them.

And so, Mary Jo battled her cancer, alongside Patrick’s with incredible courage and grace. It makes me wonder if it’s not a coincidence that her daughter bears the name of one of Mary Jo’s most beautiful character traits.

Patrick, thanks to his mother who loved him deeply and unconditionally from terror to teenager, was given a great gift. He was allowed to die free from worrying about what would happen to his family. He knew that his mother would hold them together and they would battle onward. Step by step.

Patrick left the world in peace. And, in his death, he left us all with lessons about life. And I can’t help but think that they all begin and end with a mother’s love.

None of us know where we go from here. And so we cook casseroles and share stories and send heartfelt letters of love. We cry and we pray. We slap ourselves when we start fretting about messy rooms and college tuitions. We stop wishing our kids would do or say or be something they are not. We go back to our ordinary lives with our ordinary children knowing we have witnessed the truest pain that a parent can know.

And so, we just have to hope that the powerful impact of Patrick’s short life will carry us. And that one day, in the not so distance future, Mary Jo and I will meet again at The Chit Chat Diner. We’ll share our stories and laugh about something silly. And maybe, just maybe, we’ll be able to forget the pain, if only for a minute.