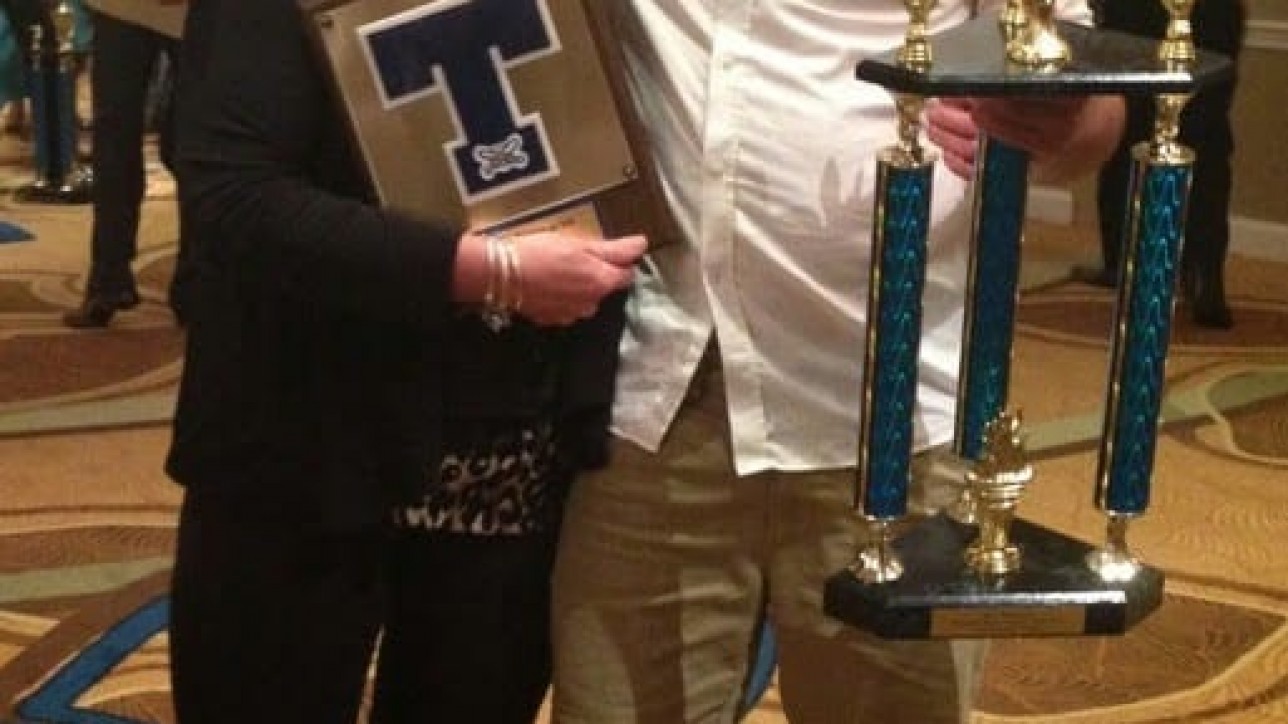 “Saw Leo got a big trophy – never seen him so happy in my life,” my sister Emily e-mailed me the other day.

“Where did you see that?” I wondered, knowing I hadn’t posted the picture. After all, it’s one of my rules. No public displays of praise.

“No. Some girl did, but he was tagged in the photo.”

Monday night was Teaneck High School’s Senior Athletic Awards dinner and Leo was the recipient of two significant honors. The first recognized him as the baseball team’s Most Valuable Senior. The other was the Coaches’ Award marked by a trophy the size of his throwing arm, for being the most coachable male across all of the high school sports, a team’s biggest asset and one who goes above and beyond for the good of the team.

I hadn’t expected the awards, but I wasn’t surprised either. After all, Leo’s a good player, a hard worker and a committed athlete.

But I was surprised when I got called up to the podium with him to receive an award of my own. I was recognized for what may very well be the first Baseball Ironwomen’s Award. Apparently someone noticed that in all the years of watching both my sons play high school baseball, I had only missed two games. One was for Molly’s college graduation. And the other was for Leo’s prom, a game that none of the seniors attended.

As I stood up on stage with my son in front of hundreds of people on Monday night, I felt uncharacteristically uncomfortable. Those of you who know me know that I’ll do anything for my kids and their friends, but I’ll complain the whole way through. I’ll feed, bathe, drive and finance any child (and now young adult), but not without letting them know just what a major imposition it is. I crave accolades, acknowledgments and awards, but when I get them, I feel guiltily sheepish.

I’ve often wondered, in this world of selfies and self-promoting, how this attitude has filtered down to my children. As my loyal followers have read in my Proud Parents blog, I am the ONLY parent who NEVER posts anything about my how GREAT my children are.

“I’m proud of you Leo,” I said after the awards dinner Monday night.

“You shouldn’t be proud of me just because I got an award,” he responded.

He’s right. It’s not the award I’m proud of.

And because of that, I’m breaking my rule. Maybe a little public display of praise isn’t such a bad thing after all.