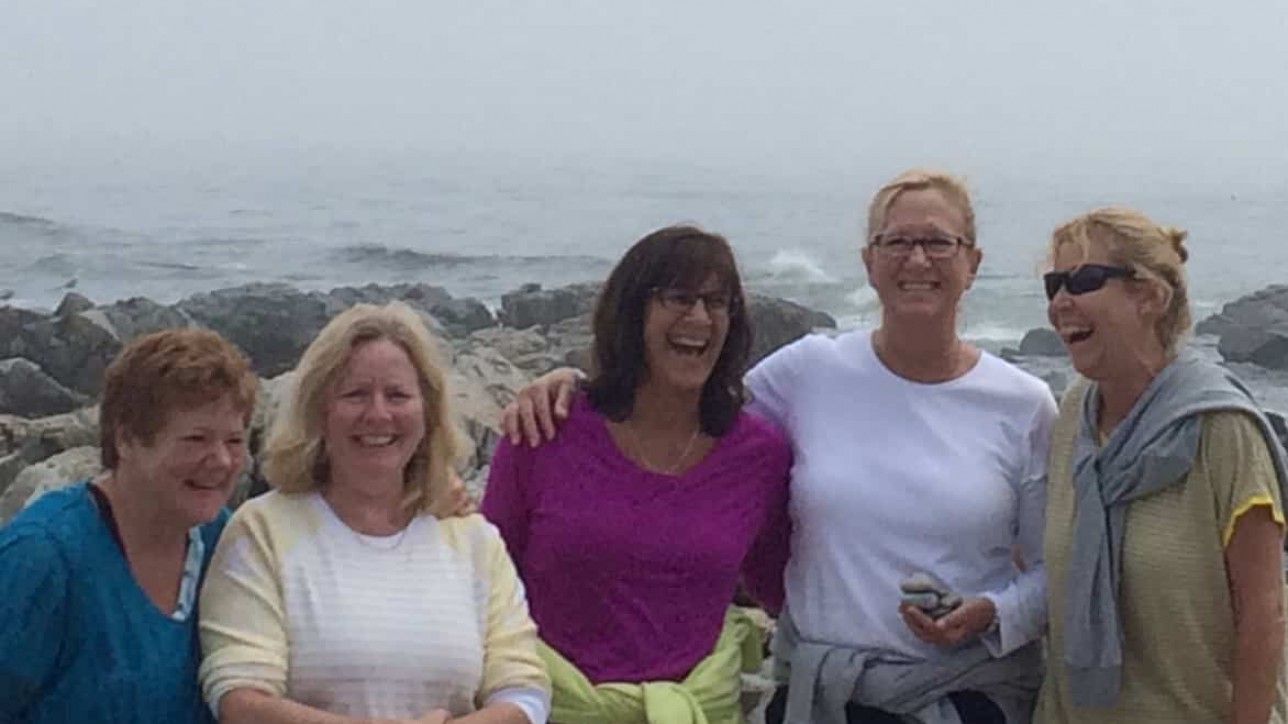 A long, long time ago, back when my kids were six, four and two years-old, thirteen of us “girls” Had a Ball in the Bahamas. We went to an all-inclusive resort for a week to celebrate our 40th birthdays. Five years later, seven of us did a repeat and Made Mischief in Mexico.

We didn’t all go to college together, though that was our common connection. The trips had the same core group with a few variances –we threw in a high school friend or two, a guitar-playing Spanish-speaking friend of a twin sister and a long-lost wanderluster from California.

And while having a ball and making mischief certainly had different connotations in our 40s than they did in our 20s, suffice it to say that we managed to make some pretty fine memories. A couple of the swinging singles in the group left campus and had a two-day blast-from-the-past type of adventure. Thanks to the free flowing fruity umbrella drinks, those of us left behind never even thought to be the least bit concerned. Kind of like in college.

And when the week was done, we packed our bags, hugged each other tight and headed home to face ReEntry as boldly as we could.

Poor Sue made a spectacle of herself as she returned to the suburban sprawl she called home, just outside of Atlanta. Her seven year-old twins, ten year-old daughter, hairy beast and hard-working husband couldn’t wait to see her again. But, in a last-ditch attempt to prolong the perfect vacation, Sue imbibed a bit on the plane. By the time she reached her lovely home in the crux of a cul-de-sac, she found herself with arms splayed across the front door jamb, hyperventilating and screaming something to the effect of, “Save Me! I’m not ready for ReEntry!!!”

And while her friend and neighbor who witnessed the scene, and those of us who later learned of her calamitous homecoming, knew she was half-kidding, her reaction gave us all a good laugh about a very real and bittersweet thing called ReEntry.

There are entire programs set up for ReEntry. It’s Google-able. The  Bureau of Justice defines ReEntry as the transition of offenders from prisons or jails back into the community. But can’t the reverse also be true? Going from a community of friendship back into the prison of life?

I jest, of course, for anyone who has known me for a nano-second or read but half a blog, knows that my life is far from a prison. I am one of the lucky ones who married a man who not only “allows” me to travel freely with my friends but actually encourages it. Most of my buddies have equally loving spouses who are equally happy to have their homes to themselves for a week or a weekend, whatever the case may be. We all live good lives surrounded by good people.

So, what is it that makes ReEntry so darn hard?

We haven’t all managed to steal away again to a Caribbean Island as a group in over a decade. But, last month seven of us got together at the aforementioned twins’, vacation house on the coast of Maine. Betsy and Pam’s place is big and rustic with creaky chairs, linoleum floors, paper-thin walls and a huge front porch overlooking the Atlantic Ocean. 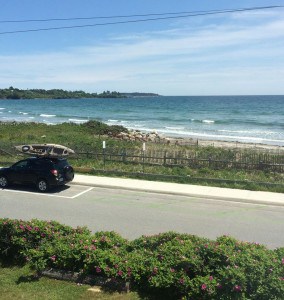 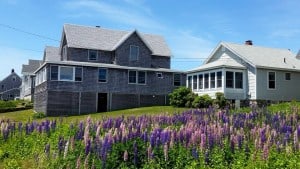 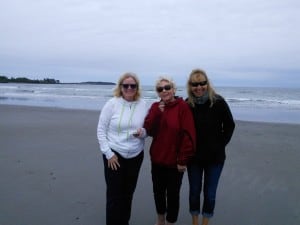 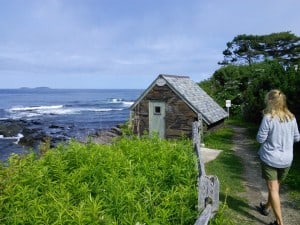 Our lives have changed considerably since college. Two of us no longer drink cocktails, though every one of us still enjoys Happy Hour. One of us has had a liver transplant, two have had breast cancer, one has had more back and knee surgeries than we can count. We’ve gained and lost and gained hundreds of pounds, we’ve told and retold hundreds of stories and we’ve shared and savored hundreds of heartbreaks and happy days.

Two of the seven live south of the Mason-Dixon line, two live in Red Sox territory and three of us are somewhere in between. Only one of us married a man we met in college and we got rid of him pretty quick. We’re now all in committed relationships with really good men who nurture our souls and liven our spirits.

We spent the better part of a week (coming and going in shifts) reminiscing about life 35-plus years ago. We laughed at our failing memories. How could some of us remember that fateful night at the A&P in such detail while another couldn’t remember the last name of the love of her college life? As we ate fresh-steamed lobster we reminisced about our college diet – Kraft macaroni and cheese – ten cents a box, and still less than a dollar a meal if we added tuna.

We climbed on the rocks in Prouts Neck and marveled at the vista from the same vantage point that inspired Homer Winslow over 100 years ago. We sat on the beach, shopped in Portland and took long walks in pairs to get a word in edgewise. We cooked, we cleaned, we slept with the ocean breeze blowing through the wide open windows.

We teased each other for our limps and limitations and for the ever-increasing use of the word, “what?” We gave names to each other, defining the chatterboxes as “verbal processors,” and the difficult ones as simply OCD. We talked until our throats were raw and laughed until our stomachs were sore.

And then we went home.

Not one of us returned to a tantrumming toddler, an abusive spouse, an untrained puppy or a cyclonic house. And yet, ReEntry was still just has hard as it had always been.

Perhaps it’s because there is something so freeing about being with the friends who built the stories in your storied past. The people with whom you connected so strongly that it’s virtually impossible to ever completely disconnect. The friends who know and love you because of your flaws, not in spite of them.

As we said our goodbyes and left our happy days in Maine to reenter our various stages of happy lives, we all found ourselves thumbing furiously through the plethora of photos on our phones, sharing shots on Facebook, as we searched for a glimpse of the girls we used to be.

And there we were. Crinkled and wrinkled with crow’s feet and laugh lines, proving that we could re-define ReEntry any way we wanted. And for us, it’s a round-trip ticket. Anywhere. Anytime. 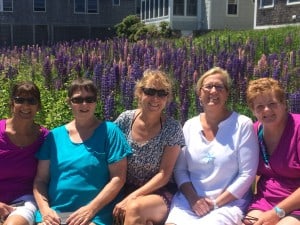