The Fine Art of Choosing a College: Part One 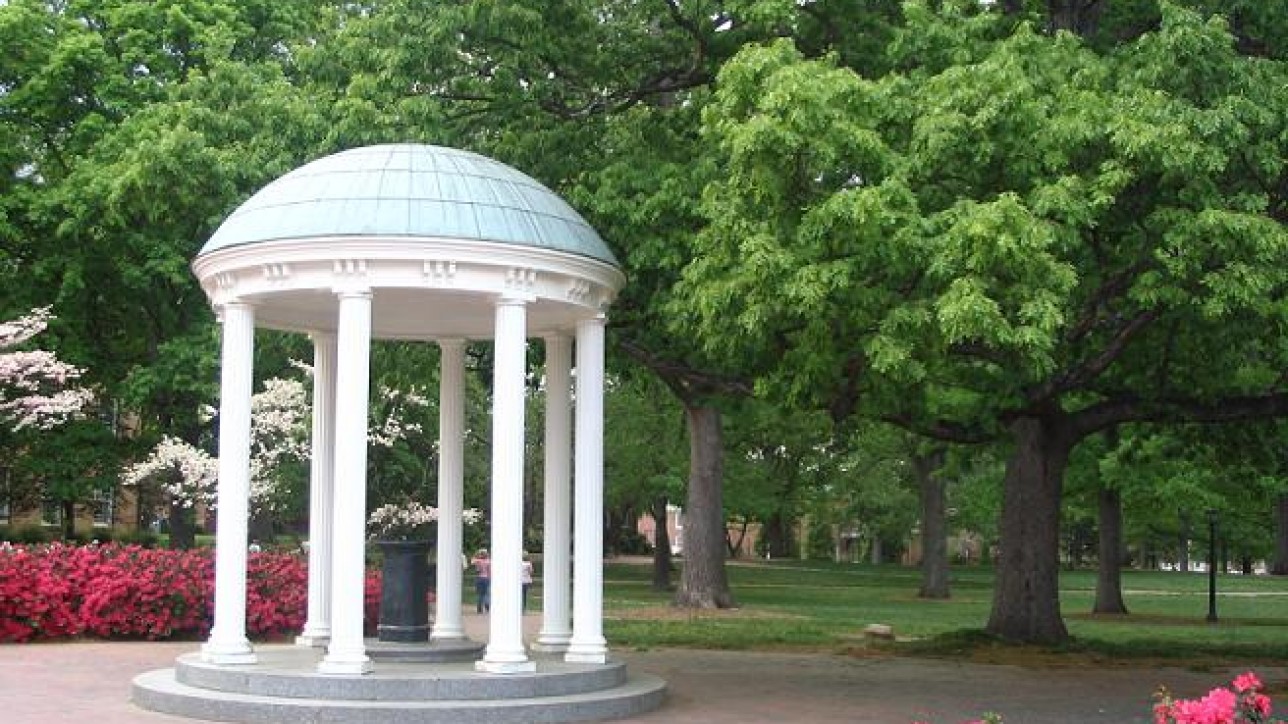 We’ve been doing this college thing for a long time. We started when Molly, the oldest, decided that she was going to go to Duke University. The most probable reason for her impulsive declaration was that it was a school that had once rejected the smartest person she had ever known – her father. So, the summer after her sophomore year in high school, the two of us planned a trip to North Carolina to check out the campus. Considering it’s an eight-hour drive –if there’s no traffic and you stick to just one 13-minute stop in which you wolf down a McDonald’s burger, fill up the tank and empty the bladder all in one fell swoop – I suggested we also visit The University of North Carolina, which is about an inch on the map away from Duke.

Well, I may as well have suggested visiting the Holocaust Museum during Senior Week at the shore. She flat out refused. She would never, ever go to a school like that. Like what? I wondered. But, I was older and wiser, not to mention in control of the car, so I took her there anyway.

UNC Chapel Hill was beautiful, ripe with students of all colors and creeds criss-crossing the brick-pathed, tree-lined campus. My darling daughter threw a fit like a four-year old, stomping her feet, pouting, and pronouncing, “I’m NOT going on a stupid tour. You go on the tour if you want to so badly. I’m NOT doing it.”

So, I did what all good mothers do in these situations. I stopped the cutest boy I saw and asked if we could follow him to the library. Then I paraded her and her rolling eyes through classroom buildings, the athletic facilities, even the school store –where she lingered, but her bullheadedness ultimately refused a Carolina blue T-shirt.

It was lunch time. I suggested going into the student dining hall, which if you’ve visited any college campus in the past decade, is an all-you-can-eat bonanza with more choices than the food court at the mall.

“I’m not hungry,” she snarled after I handed the cashier a twenty.

Through gritted teeth I hissed, “You will eat.”

She picked up a cheeseburger, took a bite and threw it out.

I hated her guts.

I dragged her outside and plopped down in The Pit, the hub of campus. It was late August. The students had just returned for the fall semester. It was 99 degrees. We sweated in silence. We looked at the kids. We sweated some more. We sat and watched until it was time to leave for our tour at Duke.

We walked the half-mile to the parking lot. In silence. Got in the car. Turned on the air conditioning. Programmed the GPS.

“I’m going to UNC,” she announced, as we drove off the campus.

She hated Duke. And I did, too. There were way too many boys with blown-dry hair, expertly styled to look natural. The students traveled in homogeneous groups, exuding wealth and privilege.

I told her she didn’t have to go to a top college and that if she felt a connection with UNC, she should just go there. And then we went home and looked in the Fiske Guide to Colleges to see what UNC was academically all about: “…admission is next to impossible for out-of-staters who aren’t 6’9” with a 43-inch vertical jump.” Gulp.

On paper, Molly could run with any Tar Heel out there. But, as anyone who has gone through the college process knows, it’s all a crap shoot.

Molly beat the odds and will graduate from UNC this May. She insists that we all wear our BEAT DUKE T-shirts every time her school takes on their biggest basketball rivals. She wells up at the thought of leaving; she has had the best four years of her life.

Choosing a college is a ridiculously stressful time of life. Parents and their over-achieving children spend way too much time obsessing and scheming, writing and rewriting essays, begging for references and then praying for acceptances from the one school in the world that will complete them, make them proud and turn them into who and what they were meant to be. We push, we plot, we pay.

And in the end, none of it matters. Because fate just laughs and laughs and does whatever it wants to do anyway.