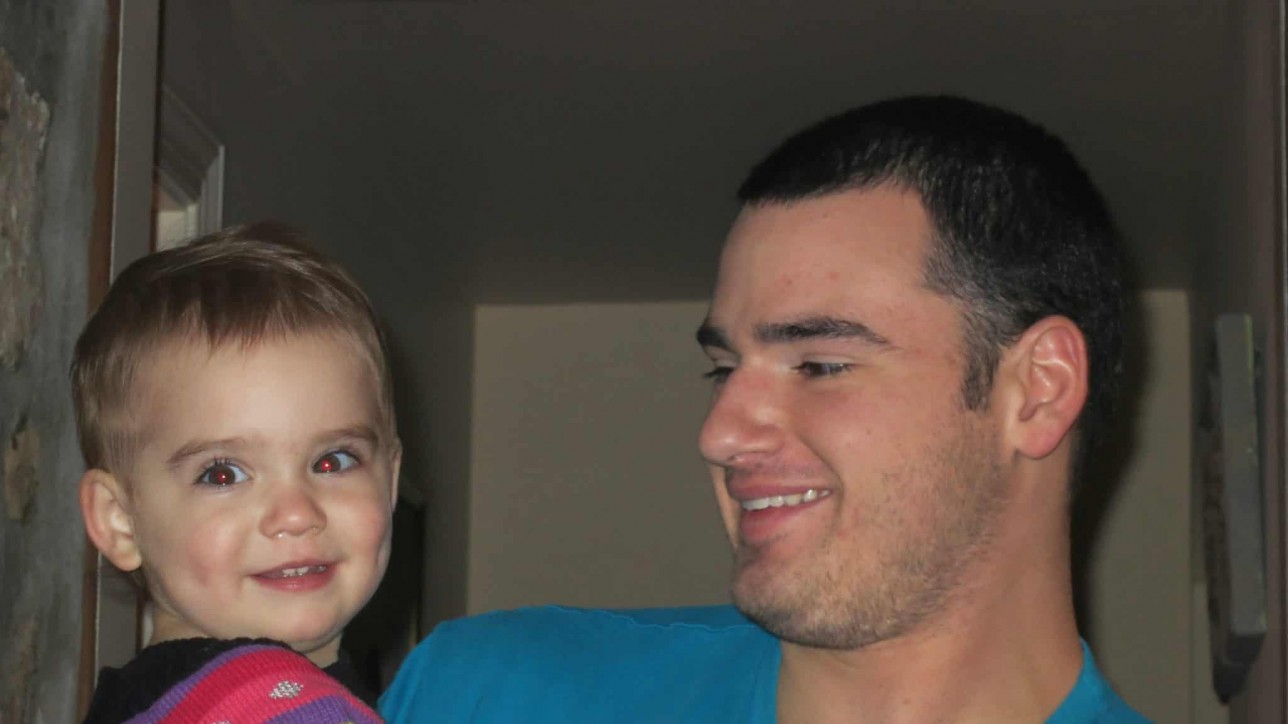 My favorite nephew, Harley, was a typical college sophomore at the University of Mississippi. He wore khaki pants, button-down shirts and Sperry’s just like a real southern boy. He studied a little, partied a lot, learned to say “Yes Ma’am” and “Y’all,” and did what they all did at Ole Miss. He tailgated in the Grove, ate crawfish in the Square and became a true Rebel-rouser just like thousands of others in the idyllic college town of Oxford, Mississippi.

Meanwhile, back home in Pennsylvania, a little bundle of joy was brewing. And, when Sophie Belle made her appearance, Harley’s life as a typical college student at Ole Miss came to a screeching halt and he was rocketed into fatherhood.

Sophie wasn’t a big surprise. After all, it’s no secret how babies are made. And it was no surprise that Harley loved her from the moment he saw her. But, the big surprise was just how many hearts this one little person could touch.

My sister Nancy didn’t expect to become a grandmother this way. She had pictured a blissful union and a beautiful wedding followed a year or two later by a baby or three. She had raised her son and daughter as a single mother, working at home as a seamstress, making selfless sacrifices every day of their lives. And now, she saw the finish line fading away and her carefully plotted plans for retirement going up in smoke. Visions of sticky little handprints on her customer’s $5000 silk draperies made her wonder if she was really ready for the grand part of parenting.

But Sophie came and Sophie grew and Sophie became the focal point of every family gathering, the heart of every conversation, the photo in every picture frame. My mother loves being a great-grandmother, all the great-aunts think it’s all just great, her Aunt Olivia thinks she’s the cat’s meow,  her first cousins-once-removed wish they weren’t so far removed, and my sister loves nothing more than sharing Sophie with her son on Wednesdays and alternate weekends.

And as for me. Well, once my kids grew out of toddlerhood, I really had no interest in anyone else’s. I feigned enthusiasm when my friends had babies and had to remember that these new parents truly believed that the sun rose and set on their offspring. My own kids had zapped all the energy out of me and I simply couldn’t understand the appeal of being a grandmother.

But somehow, Sophie was different. Of course, it didn’t hurt that she was the cutest thing in the whole wide world. Or how endearing it was to witness Harley’s new-found proclivity for sparkles and the color pink. Once a carrier of boring black backpacks filled with textbooks, he now totes that pink diaper bag with pride and purpose.

Sophie and her father have created their own language, a gibberish that no one else can understand, but the two of them know all the words translate to a simple “I love you.”  Sophie has learned how to high five and pound it and poses perfectly for every picture. Harley misses her every minute he’s not with her.

I saw Sophie cry for the first time last week. And it might have been my fault. At family dinners I used to always jockey to position myself next to my sister Emily who would then fall prey to my poking and provoking. But now I had found myself a new victim. We were out for dinner and Sophie and I were acting like the two year-olds that she is. While I wasn’t encouraging, I certainly wasn’t discouraging her crayon flinging and chicken tossing entertainment tactics. Soon she was shrieking with delight at the top of her lungs and being the good parent that he is, Harley reprimanded her with a firm, “Sophie. Stop!”

Well that dually-dimpled girl with the devilish eyes burst into the kind of tears more often reserved for the snatching of a favorite toy or a scoop of ice cream toppling from a cone. My sister swooped in and did the grandmother thing, expertly distracting Sophie until she started to smile again. And we all shook our heads knowing that Harley was in for the roller coaster ride of his life.

As I kissed Sophie goodbye that night, leaving her father to deal with her chocolate cupcake high, I suddenly understood what it was I felt in my heart.

It was love and happiness and hope all wrapped up in one little girl. Sophie will always be loved, that much is clear. And she’s certainly the happiest child I have ever encountered. And so, I hope.

I hope for good things for Sophie. I hope she has a fun life filled with lots of adventures. I hope she reads a lot of books and has lots of stories of her own to tell. I hope she travels far but always knows that a heart is waiting for her at home. I hope she is brave enough to take chances but has the common sense to stay out of trouble. I hope she blessed with good friends and good character. I hope she surrounds herself with positive people. I hope she is curious and wise, kind and considerate. I hope she is forgiving and honest, patient and compassionate. I hope one day she has children of her own. But not for a long, long time.

I hope that we all remember that the best surprises come when we least expect them. And that if we keep our hearts open, those surprises can fill us with more love and happiness and hope than we ever thought possible.

But most of all, I hope Sophie’s amazing mother Marisa keeps smiling and that her dimples are always as deep as her daughter’s. I hope Harley always, always remembers he’s got a huge support system who believes in the great father that he is. And I hope neither of them ever forgets that there’s nothing in the world more important than their daughter.