What We Did Before Cell Phones 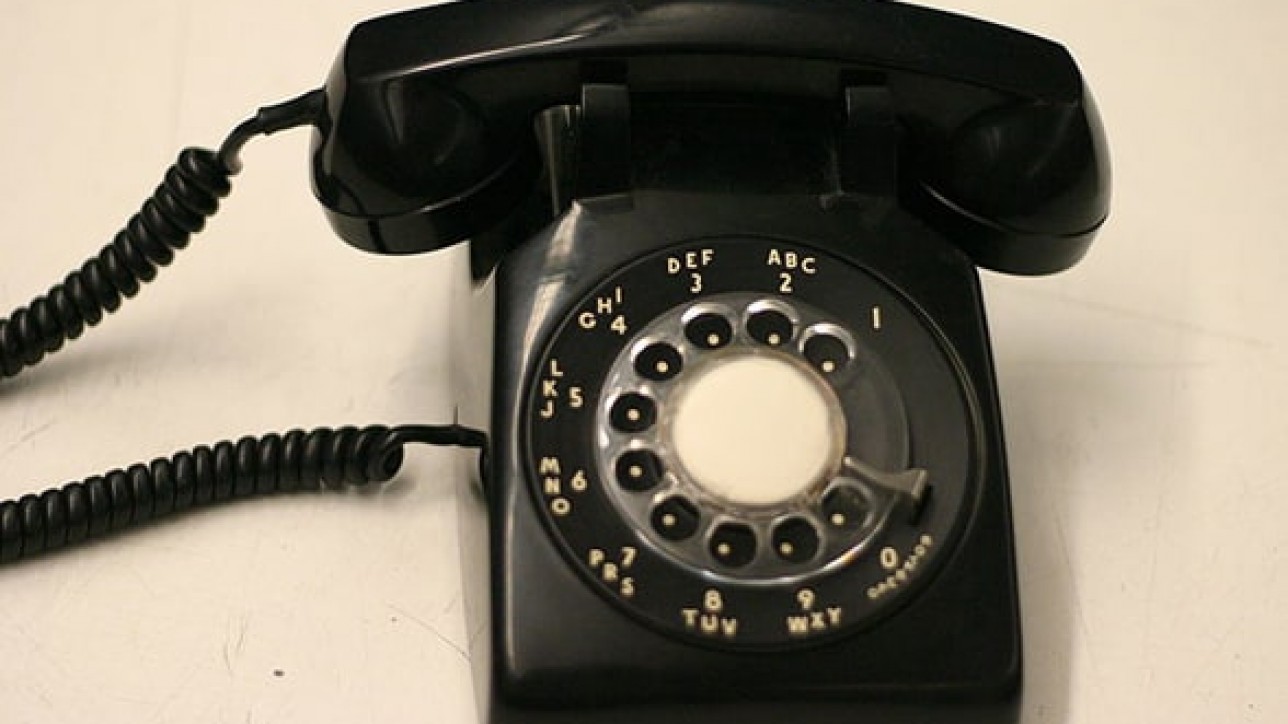 My kids can’t believe that we got through life without cell phones. And sometimes I can’t either. As a rampant texter with a teenager’s mentality that drives me to connect with everyone I’ve ever met (and some I haven’t), I have often thought back to how different my early years would have been had cell phones existed.

I know I would have taken more chances. After all, it’s much easier to flirt with your phone than your eyelashes. But on the other hand, I would have probably gotten myself in a lot more trouble, inadvertently sending texts about Madge to Patty and about Patty to Rachel and about Rachel to Debbie.

A big downside to not having cell phones was that we had to talk to our friends’ parents when we called.

“Hi Mrs. Ellis, how are you? Is Patty home?” I’d chirp before getting her on the phone and ripping her to shreds for going to Curtis Kaller’s party with Donna Serianni when she promised to go with me.

The upside was that our parents didn’t know where we were or what we were doing. It was impossible for them to keep tabs on us; they couldn’t check in by phone every five minutes like parents do today. And that actually kept us kids more honest. We only had to lie once – in person, when we got home – rather than multiple times in multiple texts. Parents were a lot less anxious because they knew a whole lot less.

But that’s not to say that the old-fashioned phone couldn’t get you in trouble.

My friend Margaret was fearless. She lived three doors down and always had a boredom-buster right up her sleeve. And one of the best ways to beat boredom was to call phony numbers.

The minute the red station wagon pulled down the driveway with Mrs. Sommerville and Margaret’s sister Susan in tow, my (house) phone would ring.

Margaret’s wish was my command and off I’d go as fast as my little legs would carry me.

One of our favorite pranks was to pull a random name from a phone book.

“Hi,” Margaret would say in her sultriest voice. “Is Tom there? Tom Wilson?”

She’d put her hand over the mouthpiece of the black rotary phone (black, because in those days it cost more money to rent a colored phone, a princess phone or a push button phone and Mrs. Sommerville was fabulously frugal), to muffle her chortling snorts.

“Is this Mrs. Wilson? Well, just tell him that Sondra called. Yes. Sondra. And that I’m calling about the baby.”

She’d slam the phone down and we’d roll on the floor hysterically, really believing that the wife on the other line fell for it.

But sometimes they did.

And with that, Margaret faked uncontrollable sobbing.

And as soon as she hung up, the phone rang.

“Hello,” Margaret said in a newly-disguised and ultra-mature voice. “Yes, this is Kathy’s mother. Oh, my Lord. That’s wonderful news. Thank you so much. You have no idea what an ordeal this has been. Oh, bless you. I’ll go right this minute!”

I had to agree with Margaret that this was the greatest phony phone call we had ever made. (Except maybe for the time we pretended to be the DEA calling to inform a mother that her daughter was arrested for smuggling drugs across the border.)

Margaret was sly, so I knew there must be a reason why she had given the woman my phone number instead of hers.

I soon found out.

The next night, in the middle of family dinner, the phone rang. My sisters and I all bee-lined to answer it, but my mother waved us away, believing it was Jayne Dickinson calling about bridge club. A couple of minutes later she returned to the dining room table, her eyes filled with fury.

“That,” she said, tossing her cloth napkin on top of her meatloafed plate. “Was a woman who was very upset. And, justifiably so. Apparently, she got a phone call yesterday from a girl who had run away from home. She was calling to make sure I found her at the train station. Does anyone want to tell me about this?”

I don’t remember what my punishment was. I probably got a stern talking to from my father (as he suppressed his proud smile) and a dissertation on the domino effect of thoughtless actions. I most likely ratted Margaret out and suspect that my mother made me call the woman back and apologize.

All I know for sure is that they didn’t take my cell phone away.