When The Right One Comes Along 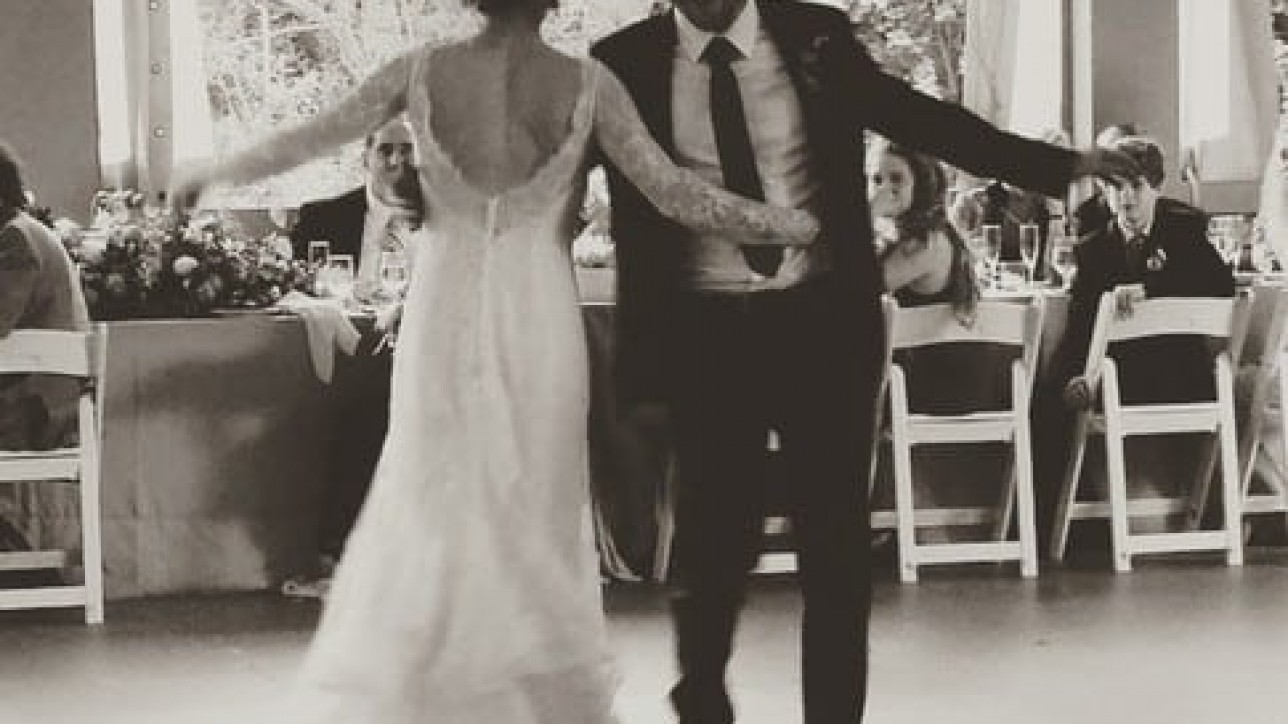 “You gonna marry this one?” I asked as an old-one-trying-to-connect-with-a-young-one in a text a year-and-a-half or so ago.

“All I know,” Jarrett responded, because he always responds. “Is that she’s the one.”

My mother, who married my father just three months after they met, always told me that I would “just know” when the Right One came along. Because my parents were happily married until the day my father died almost 50 years later, I believed her. But I also found the concept a little hard to embrace as I doggedly searched for love in all the absurdly wrong places throughout my twenties. I met a string of handsome chaps in one seedy bar or another, feeling electricity so strong that I’d bet my britches on a diamond ring by month’s end. Instead, I never got so much as a phone call.

So, while my mother’s goody-goody-two-shoes sonnet surged through my soul, my heart knew the truth. I would never find the man of my dreams. And if by chance I did, I wouldn’t even know that he was the right one.

And then I did.

As my friends and I slip slowly into upper middle-age and we begin to redefine ourselves as something more than mothers, we’re suddenly faced with ample time to reflect on our choice of partners. While I have been married for 25 years and have never doubted for a single minute that I  found the Right One, my ever-loving spouse may have a different opinion. And that’s where it gets tricky. But he hasn’t left me yet and so have to assume that he’s in for the long haul.

Lots of my friends have not been so lucky. Life happens, hearts harden and love fades. But when I think about it, so many of my friends who are now divorced, separated or muddling through misery never had that “you just know” feeling when they got married. One of my friends was so unsure of her impending doom that she engaged in an illicitly random rendezvous the night of her bachelorette party. Another fully admitted that her starter husband was chosen for his genes, and they do indeed have beautiful children. One friend was so badly burned by a former beau that she vowed  never to put herself in that position again and married someone she really, really liked knowing he wasn’t the Right One. One of my nearest and dearest simply wanted to have a double wedding with her twin sister. Her sister is still married. So is she. But not to the double-wedding husband. And then there were the friends who thought they might not find anyone better, that they weren’t getting any younger and that their biological clocks were ticking. They may have been right on all accounts, but that still didn’t save their marriages.

And, when you’re really, really lucky, all those rights add up to the resounding Right One. It’s not a guarantee, but it’s a pretty good start.

When Hayley and Jarrett got married, they said their vows with love and joy and hope in their hearts. After the ceremony, as the mint juleps flowed and friends and family mingled and meshed, all agreed that this was a union that pointed to perfect. And it was perfectly clear to all who shared in the celebration that Hayley and Jarrett knew for sure that they had both found the Right One.

So, all that’s left is to wish Hayley and Jarrett a lifetime of love and luck and happiness. With a hope  that 30 years from now they are graced with the good fortune of dancing at their own children’s weddings. And that they are able to share a wistful smile as they spin and dip, knowing that their happy, healthy children have also found the right person with whom to spend the rest of their days.

Because as any parent can tell you, that is the greatest gift of all.