Why I love Taylor Swift and Brandon Wimbush 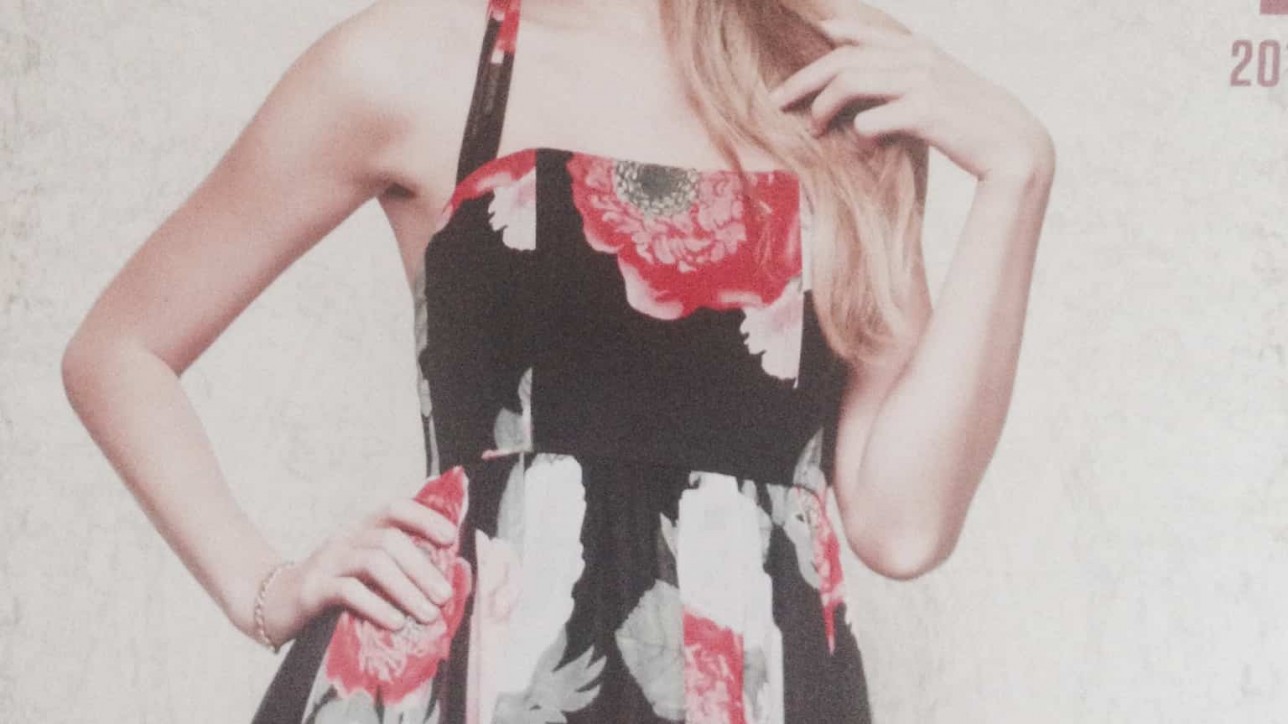 I am the first to admit I have an idolization disorder. My spouse calls me “Idy” when he catches me tilting my head and straining my ears to hear what some random body in a booth nearby is saying to his or her dining companion. It’s different than being awed by beauty or caught in a crush. It’s a connection. A “Wow. I bet I’d really like that person.” And more importantly, “I bet they’d like me, too.” 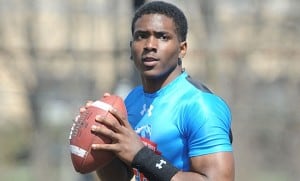 And so it follows that I also get crazily star-struck. But not by everyone.  I couldn’t care less about the Kardashians or Caitlyn Jenner. I was never an Angelina Jolie or Derek Jeter fan and could easily walk past Paul McCartney without my heart skipping a single beat. But give me someone with humble beginnings and I’m an idolizer for life.

My obsession with Taylor Swift began after spending a few weekends in her hometown of Wyomissing, Pennsylvania. She was making music and on the move to Nashville by the time we got there, but even if she hadn’t been, I’m fairly certain our circles would not have crossed. Our time in Wyomissing was spent sitting by the outdoor pool at the Inn at Reading, sipping cocktails while our little baseball boys ran rampant after winning or losing a tournament. It didn’t matter back then. Baseball was still just good, innocent fun.

Taylor Swift is a master lyricist and a marketing genius and has parents who did everything in their power to propel her to where she is. Her mother is my age. Her brother went to Notre Dame. She’s insanely loyal to her fans and her not-famous best friend, Abigail. She doesn’t trash hotel rooms or gyrate on stage or use rehab as a vacation home.

Taylor watches me type every word I ever write from a calendar above my desk. Her songs inspire me and singing one over and over again saved my soul from the meanest person I ever met.

I may be totally delusional, but I believe with all my heart that Taylor Swift is a good and humble person. And she doesn’t even have a tattoo. For that alone I have to love her more than my own daughter. 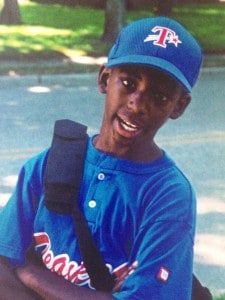 I jumped on the Wimbush bandwagon long before Taylor Swift released her first album. It was back at the turn of the century when Sean Wimbush hit a home run on little Lucy Field in Teaneck, New Jersey.

“That kid is a true athlete,” my baseball coach of a spouse concurred.

I had no doubt that the long and lanky six year-old Sean would one day become a rich and famous athlete. And, if I played my cards right, I would be able to say, “I knew you when.”

So, I bee-lined to the handsome father, Shawn, with his bulging biceps that hugged me warmly and the pretty mother, Heather, with her trademark smile and gift of gab that rivaled my own. And then there was the cute little brother, Brandon.

One day, Shawn became an ex, her ever-helpful parents moved south and Heather had to increase her hours as a labor and delivery nurse. She had two boys to raise and she was determined to get it right. But she knew she couldn’t do it without a little help from her friends.

Sean played baseball with my son, Max, for a bunch of years. He hit lots of home runs and ran like a gazelle. He later dabbled in football and basketball and ultimately ended up running track at Rutgers. It wasn’t in the master plan for him to become a rich and famous athlete. But, that hasn’t stopped him from smiling.

Meanwhile, brother Brandon was playing baseball with my younger son, Leo. She’ll deny it till her dying day, but Heather did not love baseball. My spouse was a coach and I was the ultimate team mom so we took Brandon under our wing, giving him rides and food and places to sleep while she worked her tail off, banking hours for future football games that she never, ever missed.
Everyone knows I hate to talk on the phone, but Heather never cared. She simply responds to texts with phone calls and I, for some reason, always pick up the call. She likes the sound of my voice.

When it was time for Brandon to transition to full-time football, we talked long and hard. She knew I loved baseball. She knew I believed in public school. But she also knew I would put my own feelings aside and would support her decisions on what to do with Brandon for high school. Above all she valued academics. She said many times that she didn’t care if Brandon never stepped foot on a college football field. If he came out with a good education, then she was fine with that. I’m a mother and we mothers say all kinds of things. I know a part of her meant it, but we both know that Brandon didn’t work this hard to sit on the sidelines at Notre Dame.

And so, there I was, up to my elbows in chopped spinach, rolling 150 little one-inch balls between the palms of my hands for the better part of an hour the day before Brandon’s high school graduation party. 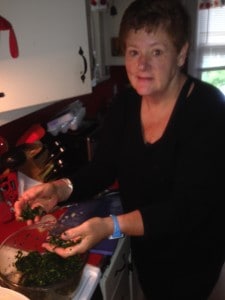 I knew when I asked that Heather would want me to bring something.

“Make your spinach balls! Everyone loves them!”

I also knew that she would thank me profusely. And make a speech about how Brandon would never be the top quarterback recruit that he is today without the village who helped raise him. Heather will never, ever forget, nor will she ever let her boys forget, from whence they came.

“Hey, Brandon,” I said conspiratorially as I slipped him an envelope. “How much money you think you’re going to make today?”

He smiled the Wimbush smile and leaned in.

“I bet there’s enough to pay you back for some of those baseball tournaments you covered,” he said.

I have no illusions that I’ll ever meet Taylor Swift. If I did, I’d be so star-struck and tongue-tied that she’d never even know that I was worth knowing.

But I’m banking on Brandon.

With a little bit of luck and a lot of hard work, Brandon just may become a rich and famous football player.

But I won’t be star-struck.

Because somehow I know, that when he invites me to his Super Bowl victory party, that he and his family will still be humble as ever. And I bet they’ll even let me bring something.