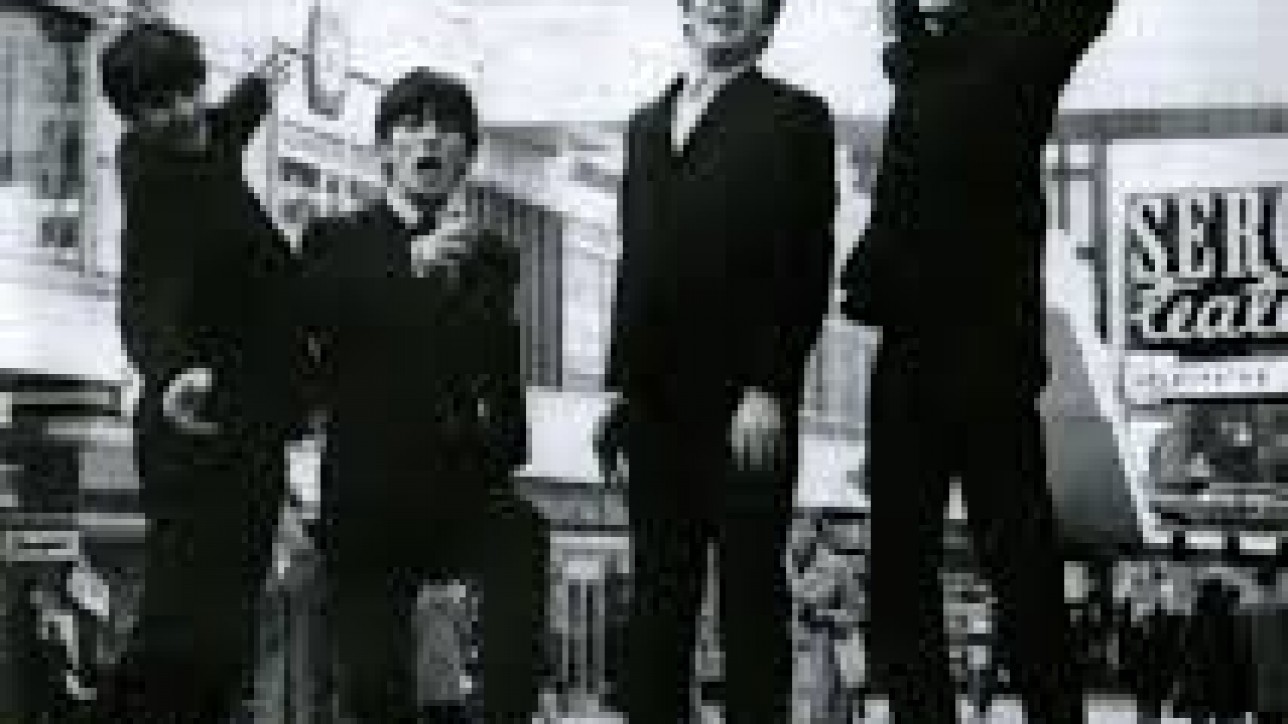 My high school buddies and I jumped on the post-break-up Beatles bandwagon, believing, with at least part of our Rubber Souls, that the songs were written specifically for us.

From Paperback Writer to Day Tripper to With a Little Help from my Friends, we lived the lyrics, belting them out loud and proud, as we drove the Wyndmoor-Oreland-Flourtown circuit in Penny’s (aka Patty’s) little tan Corvair.

We were young. We were invincible. And we believed with all our hearts that one of us would end up marrying Const DePaulis. And when she did, all of us would walk down the aisle of Seven Dolars Roman Catholic Church, as bride or bridesmaid, to the tune of Alex Arduino’s guitar gently wailing, I Will.

Well, things don’t always end up as we expect. The five of us grew up, got married and moved north, south and west. Between us we had seven children, five husbands and two exes. None of us married Const DePaulis.

Besides constant access to the Corvair and a mother who let us smoke Virginia Slims in her living room, one of the biggest bonuses of befriending Penny was that she had two older brothers.

They didn’t pay us much attention when we were in high school; they were off doing their own thing by then. But in our 20s, Steve and Jimmy were the key to our social existence.

Perhaps best of all, they lived on their own. We didn’t have to bother with parents bothering our fun. Instead, we spent countless hours hanging out, crowded into the living room of Jimmy’s Hatboro home with the pretense of watching the Eagles or Phillies. Of course we were interested in Steve Carlton’s ERA, but we cared way more about spending time with the older brothers and their ultra-cool friends.

We were, and miraculously still are, seven years younger than Jimmy. But part of the appeal was that he never treated us like Penny’s pesky playmates, but rather as the intelligently vibrant young lasses that we were. The brothers gallantly included us in weekend adventures to Cape May and Sea Isle City, where dozens of us sprawled across the couches and floors of parents’ houses who wouldn’t have hesitated to call 911 had they been privy to our shenanigans.

The older brothers’ milestone birthdays were met with awe rather than trepidation. After all, when we had such fun-loving role models, what was there to fear about turning 25 or 30 or 35 or 40? They set the bar for the future, both literally and figuratively.

All too soon, Penny and her brothers moved to Florida. One by one they left the cold and build careers and families farther south. Though our party days were being replaced by responsibilities, we quickly learned that a bar on the beach is well worth the price of a plane ticket.

While Penny and I vacation together every year, I don’t see her brothers very often anymore. But, social media helps keeps the big world small and old friends close.

Which is where I realized we’d come full circle.

Which naturally got me to reminiscing.

There was a time when we really, truly believed that 64 was old. That when we got older, losing our hair, many years from now… that we’d be so old, so bald, so out of touch that we wouldn’t even be aware that we had crossed over to the other side.

We may not be able to twist and shout like we once did, but we’ve learned to adjust. We just favor our artificial limbs and do the best we can on the dance floor. We still spend time with friends who spark our creativity, who make us laugh, who make us better people. And we never stop looking for ways to make new memories. Because, after all, life goes on. As long as we let it.